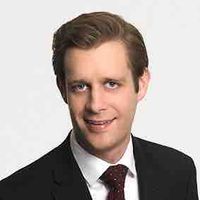 The Treasury Select Committee has reported on its inquiry into sanctions implementation in the UK.  The report also makes a number of recommendations on the UK’s anti-money laundering and economic crime regime which are summarised in our previous article here.

The key conclusions in relation to financial sanctions are as follows:

Investigations and enforcement action: the Committee recognised that the Office of Financial Sanctions Implementation (OFSI) has only been operational since April 2017 and noted evidence from both the Director of OFSI and the Economic Secretary that there are currently a number of cases under investigation.  Whilst the report notes OFSI’s recent monetary penalty (Raphaels Bank was fined £5,000 in January 2019), the Committee called for more public examples of enforcement against UK sanctions violations. OFSI certainly has a busy caseload: in 2017/18, OFSI  received 122 reports of suspected violations, with a reported value of approximately £1.35bn.  The Committee also recommended a Government review into the effectiveness of OFSI following the second anniversary of its formation.

Extending Government powers to block UK listings: the Committee considered the effectiveness of the financial sanctions regime following the listing of EN+ Group (an energy firm controlled by sanctioned persons at the time of its initial public offering) on the London Stock Exchange in 2017.  The Economic Secretary suggested that the Government should have a new power to block such listings on grounds of National Security.  The Committee is yet to be persuaded that such a power is either necessary or appropriate, and suggested that a full, wide and timely consultation on such a power would be required.

Focus on Russian money in UK financial system: the Committee heard evidence from a number of witnesses regarding the recent focus on the use of the UK’s financial system by certain Russian citizens for potential unlawful purposes (for example, through the Russian Laundromat scheme).  The Committee emphasised the need for a balance between focusing on financial activity in relation to one country and ensuring that there is effective oversight of the wider AML system.

Increased flexibility post-Brexit: finally, the Committee noted that the UK’s departure from the EU could provide greater flexibility in its use of sanctions (which is currently based predominantly on UN and EU measures) although it recognised the need for a multilateral approach.  Witnesses told the Committee that the freedom to impose sanctions without requiring the consensus of EU member states coupled with the deterrent effect of being frozen out of the UK’s large, global financial system could have tactical benefits for the UK's sanctions regime (for example, by focusing more sanctions on targeted groups and entities - rather than countries - in the same way as the United States).

In summary, it is clear from the Committee’s report that financial sanctions policy will remain high on the Government’s post-Brexit agenda.  The recent fine against Raphaels Bank and the Committee’s call for OFSI's enforcement action to be more public are timely reminders to companies to assess and take steps to mitigate any exposure to sanctions risks.