The Treasury Select Committee has published recommendations on the UK’s anti-money laundering and economic crime regime, calling on the Government to take a number of steps.

Broadly, the private sector will welcome the Committee’s objective to ensure a ‘clean City’—but some specific recommendations may cause concern.

Below are some key areas of interest for the private sector.

The Government’s call for evidence on reform of corporate criminal liability for economic crime has been ‘under review’ for two years. This cross-party Committee of MPs has now thrown its weight behind the calls for reform—criticising the Government for letting this issue stall and recommending it set out a timetable for bringing forward legislation.

The pending review has been considering whether to change the law to make it easier to attribute liability for crimes like fraud, money-laundering and false-accounting to companies, possibly through an extension of the failure to prevent model.

Generally, a company will only be responsible for the criminal actions of individuals where a sufficiently senior individual within the company is complicit in the criminal behaviour. Bribery and facilitating tax evasion are exceptions to this, broadly making it an offence for companies to fail to prevent such behaviour, with the company’s prevention procedures providing a possible defence.

Reform now looks increasingly likely, although the timing remains unclear. According to the Committee, ‘there is clear evidence that legislative reform is required’.  This open endorsement will no doubt influence many relevant stakeholders. The Solicitor General’s comments to the Committee represent a significant change in tone and suggest the Government is now focusing on what the precise model should be rather than on whether change is necessary or desirable.

But a number of questions remain. For example, the Report does not address the risks of parallel enforcement regimes given existing regulatory requirements imposed on the financial sector aimed at preventing financial crimes like money-laundering.

The impact on the non-regulated sector also requires thought to ensure any additional compliance burden is proportionate to the perceived economic harm. Any new offence will throw prevention procedures into sharp focus across industries, and, for many companies, it may not simply be a matter of ‘tweaking’ existing procedures.

Given the outstanding issues, it is hoped the Government does not respond to the Committee’s criticism of its delay by seeking to rush through reform without a proper and full consultation.

A number of the recommendations, if followed, will have a direct and practical impact on AML compliance in the financial services sector. For example:

Politically Exposed Persons: the Committee has recommended the Government create a centralised database of PEPs, potentially offering greater certainty to institutions grappling to apply the definition of a PEP in practice.

De-risking: the Committee has expressed concerns with disproportionate de-risking and calls on the Government to publish its strategy on this within six months. The strategy will be most effective if it is produced with input from relevant stakeholders, including industry. The work of the FCA, with input from UK Finance and certain banks, to develop principles on exit decisions may also bring some much-needed guidance.

Sharing information: the Committee has asked the Government to review and report back on the scope for greater information sharing between banks to help combat financial crime. Powers introduced in 2017 give banks the option to share information where one bank suspects money laundering. Some banks may welcome further powers, for example at the pre-suspicion stage, but only if the regime is entirely voluntary—allowing for the exercise of judgment on a case by case basis.

SARs and delayed payments: where a suspicious activity report (SAR) has been filed, bank staff, mindful of the risk of tipping off, often find it difficult to explain to customers why they are unable to process their transaction in a timely fashion. This can cause real difficulties, particularly given the delay could be up to 186 days. The Committee acknowledges that something must be done to address this. Nestled within a discussion on the ongoing review of the UK’s SAR regime, the Committee has recommended that ‘thought should be given, in a world of faster payments, to how NCA [National Crime Agency] requested delays to payments can be better handled.’ A sentiment many financial institutions will echo.

This is a lengthy report with many other detailed recommendations for the Government, the FCA, HMRC and the UK’s other AML supervisors to consider. Given Brexit continues to dominate the political agenda, it may prove challenging for the Government to implement the recommendations in the timeframe envisaged. But the message from the Committee is clear, the fight against economic crime, and the evolution of the UK’s AML regime, must remain a priority.

The Report also deals with the UK’s sanctions implementation, which we reported on here. 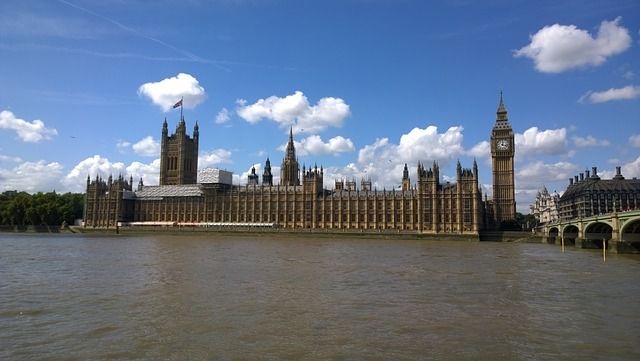 Some of the UK’s most senior prosecutors and judges on the Bribery Act, DPAs and the future of economic crime enforcement
Caroline Doherty de Novoa
Recent posts from Freshfields Risk & Compliance