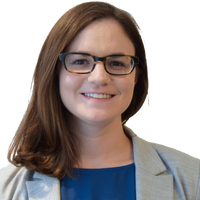 The Abu Dhabi Global Market (ADGM) announced on 15 April 2019 that it had enacted and published changes to its regulatory framework for combating money laundering, terrorist financing, and the financing of unlawful organisations. The ADGM’s amendments follow the recent revisions made in the Dubai International Financial Centre (DIFC) by the Dubai Financial Services Authority (DFSA) to its anti-money laundering (AML) regime in October 2018, and correspond with updates to the United Arab Emirates' (UAE) federal legislation Federal Law No. 20 of 2018 on Anti-Money Laundering, Combating the Financing of Terrorism and Financing of Illegal Organisations (Federal Law No. 20 of 2018) (implemented in January 2019).

These enhancements were enacted as the UAE prepares for its assessment by the global Financial Action Task Force (FATF), which is expected to take place in June or July of 2019. The changes put into effect the requirements and recommendations of the FATF following the UAE’s 2008 review, in which it received satisfactory status.

With these developments, the UAE has reiterated its commitment to overhaul its AML regime. In the most recent rankings of Transparency International, the UAE was ranked 23 of 180 countries examined by the global corruption watchdog and was awarded a Corruption Perceptions Index score of 70 out of 100. In fact, the UAE was the highest-ranking Middle Eastern state in Transparency International’s 2018 Index.

Enhancements to the UAE AML framework

Federal Law No. 20 of 2018 applies increased deterrents against illicit financial activity in the UAE, and bolsters the ability of federal authorities to tackle criminal activity. The federal statute is complemented by the simultaneous introduction of related legislation, including: (i) the new Central Bank Law (Federal Law No. 14 of 2018) which recommends the establishment of an independent financial information unit within the bank to investigate reports of illicit finance flows; (ii) a new Foreign Direct Investment Law (Federal Law No. 19 of 2018); and (iii) sector-specific regulations, including new rules for the banking sector on risk management, internal controls, and compliance.

Notable changes to the ADGM and DIFC AML frameworks

The relevant AML updates may be found here:

A redlined version of the ADGM Rules, for comparison: http://adgm.complinet.com/net_file_store/new_rulebooks/a/m/Amendments_AML_VER03.150419.pdf

Federal Law No. 20 of 2018 on Anti-Money Laundering, Combating the Financing of Terrorism and Financing of Illegal Organisations: https://www.mof.gov.ae/en/lawsandpolitics/govlaws/pages/moneylaundering.aspx