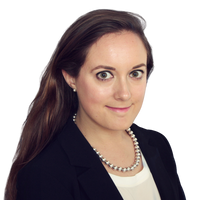 It is widely accepted that the current suspicious activities reporting regime (“SARs”) under the Proceeds of Crime Act 2002 (POCA) and the Terrorism Act 2000 is in need of reform. Even the NCA has said that the present regime and the volume of reports received is unsustainable.

Against that backdrop, and as we reported last summer, the Law Commission recently conducted an extensive consultation on areas of reform, the results of which are published today.

The Law Commission's principal proposal is for the provision of statutory guidance to assist in applying the provisions of the current regime. Whilst this move is welcome, many fundamental policy questions remain unanswered, such as what sort of information the Government in fact wants reporting institutions to share, and how that information is to be identified.

Whilst the report does, helpfully, leave the door open for more significant reform through more public/private collaboration, the bigger questions around whether the current regime remains fit for purpose remain unresolved.

We consider here some of the key recommendations.

More guidance and greater collaboration with the private sector

The main thrust of the recommendations centre on the need for guidance, and the Law Commission recommends amending POCA to impose an obligation on the Secretary of State to issue such guidance.

It is helpful that any guidance would have a statutory basis, although the precise status of the guidance is something that the Law Commission has left for the Government to consider further—in particular it is unclear whether compliance with it would provide a safe harbour or whether the courts only would be required to take it into account when considering cases of alleged money laundering.

As we noted in our response to the consultation, for guidance to be useful, firms should be entitled to rely on it. Compliance with guidance should not be mandatory, but compliance should provide a safe harbour against potential sanctions/liability for entities that choose to comply.

Consultees were overwhelmingly in favour of guidance on a range of issues, including in relation to:

Criminal and regulatory agencies (like the NCA and FCA) expressed support for more guidance, which hopefully sets the stage for constructive collaboration between the agencies and the private sector in improving the effectiveness of the regime.

No change to the ‘all crimes’ approach… yet

Whilst the Law Commission supports retention of the “all crimes” approach, it does not currently have the evidence it would need to recommend a change of approach in terms of a threshold for reporting. The report notes it remains open to the Government, or the proposed Advisory Board, to conduct a further consultation and analysis to see if specific criteria or a list of de-scoped offences could be drawn up.

One issue raised last year by the Law Commission that gave the private sector particular concern was the possibility of a new corporate offence in this area based, potentially, on the failure to prevent model first used in the UK Bribery Act 2010. Unsurprisingly, this was a divisive issue with consultees adopting very different positions.

On balance, the Law Commission does not recommend any changes at this time, but considers that an overall decision should be made at a later date, including by taking into account the responses to its consultation, and to ongoing work following the Ministry of Justice’s call for evidence on reform of corporate liability for economic crime. So this issue has not, yet, been ‘put to bed’.

More change possibly on the horizon

According to the NCA, it continues to receive rising numbers of authorised disclosure reports such that the regime in its present form is, in the NCA’s own words, ‘unsustainable’.

There appears to be a strong desire on all sides for reform, but this report represents very much the early stages of the process. Ongoing collaboration between Government agencies and the private sector on the shape of more fundamental reform is needed. To this end, the report recommends that the Advisory Board monitor and consult on the effectiveness of the reporting regime and make further recommendations for reform to the Secretary of State.

The report’s 16 recommendations are listed in chapter 12 of the report.

Please do get in touch with your usual Freshfields contact if you would like to discuss the report or any related issue further.