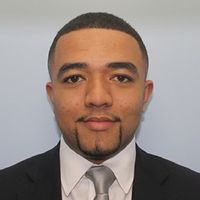 Audit firm clients (and audit firms themselves) may breathe a – cautious - sigh of relief. In September 2018, the English High Court made a controversial ruling, deciding that a UK publicly listed company (the UK plc) was compelled to produce privileged materials to the Financial Reporting Council (the FRC). Our previous blog post, "Another bombshell on privilege - and interesting repercussions for auditors / audit clients" sets out the background to that decision.

The English Court of Appeal has now reversed that ruling, in a judgment handed down yesterday. This affirms the protection afforded to privileged documents in the context of FRC investigations.

The background to this judgment is the FRC’s investigation into an audit conducted into the UK plc. The FRC used its powers under the Statutory Auditors and Third Country Auditors Regulations 2016 (SATCAR) to issue a notice to the UK plc requiring it to provide ‘emails and all attachments to emails’ in its control which met certain criteria. The UK plc withheld 40 emails and attachments from the FRC, on the ground that they were protected by legal professional privilege (LPP).

The significant issue in the appeal was whether the FRC, using its SATCAR powers, could require the UK plc to produce privileged material. The Court of Appeal decided that the FRC’s powers to compel documents did not extend to privileged materials.

Amongst other things, the FRC had argued that either: (1) providing the documents to the FRC would not destroy confidence in the documents, and so there would be no ‘infringement’ of privilege; and/or (2) that the SATCAR powers nevertheless overrode any claim to privilege. The Court of Appeal disagreed on both points. On the first, it found that there is no such ‘no infringement’ exception to LPP protection. And on the second, the Court of Appeal clarified that the correct test to apply was whether Parliament must have intended to override privilege in the statutory instrument. In this case no such intention could be found.

Auditors and their clients will be comforted by this judgment, which reinforces privilege protection in the context of regulatory investigations. However, the case itself serves as a useful reminder that regulators, prosecutors and other oversight bodies in the UK are increasingly challenging claims to privilege. This is a dynamic area of law, and companies can expect any claims to privilege to be scrutinised.