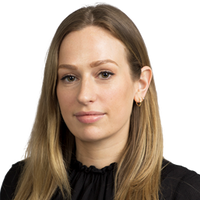 Anti-bribery and corruption (ABC) remains an area of focus for prosecutors and enforcement agencies worldwide. There have been a number of interesting recent developments and resolutions relating to ABC issues, both in the UK, US and elsewhere and, tying these together, five key themes have emerged. By understanding these trends and tailoring legal and compliance focus accordingly, companies can put themselves in the best possible position to minimise ABC risk to their business and respond appropriately if a suspected incident occurs.

What are these trends, and why should companies take note?

1. ABC risk through an international lens. First, the continuation of a trend we have seen for many years. Authorities around the world are more willing and better equipped than ever to investigate and prosecute ABC offences and other economic crimes in a coordinated way. Agencies in continental Europe have become increasingly active in recent years. Their prioritisation of tackling ABC issues has not only manifested in a significant rise in domestic enforcement actions (e.g. in France and the Netherlands), but has led to greater cooperation and flows of information between international agencies. This spirit of international cooperation is only set to continue as more countries implement effective ABC legislation. Companies must be increasingly alive to the possibility that a self-report (or information sharing) with one agency could develop into a discussion with multiple authorities.

2. The intersection between ABC and other economic crimes.  It is becoming more common for resolutions to incorporate offences relating to both ABC and other economic crimes. Over the past year, in the US, the SEC and DOJ have each entered into resolutions with companies to bring to an end bribery and corruption investigations alongside related sanctions and export controls resolutions. US authorities have long made use of the ‘books and records’ offences in the FCPA to hold companies to account for the payment of bribes. Now, however, we may see this trend reflected in the actions of agencies in other jurisdictions. For example, a few years ago we saw the Rolls Royce deferred prosecution agreement (DPA) in the UK incorporate counts of false accounting in what was primarily an ABC case. Companies therefore need to starting thinking laterally when assessing the implications of potential wrong-doing.

4. Continued ABC risk posed by third parties. The ABC risk posed by companies’ reliance on third party intermediaries, such as agents, distributors and consultants is not new – such third party actors feature in most of the cases that have been brought by the SFO under the UKBA to date. Nevertheless, this seems to be an area of risk that companies continue to neglect; half of the respondents to PwC’s 2020 Global Economic Crime and Fraud Survey (see here) indicated that they lacked a mature third-party risk programme, and 21% had no third-party due diligence or monitoring programme at all. This should be a key area of focus for any company’s ABC risk assessment processes.

5. DPAs as a tool to resolve ABC cases. As countries seek to bolster their ABC legislative framework, we have seen an increased international focus on DPAs and other forms of negotiated settlement. Following in the footsteps of the US and the UK, similar DPA frameworks have been introduced in France, Canada, Argentina and Singapore, and are proposed in Australia and Poland, to name but a few. Balancing the competing demands involved in coordinating negotiated settlements on many fronts is no mean feat; companies should consider all potential jurisdictions at the earliest possible stage, and strategise the coordination carefully.