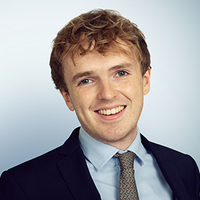 In case you missed them, over the past few months we have published the following on defined benefit (DB) pension scheme funding in the UK:

As we approach the end of the year, we want to update you on the reaction of the industry and further key developments.

Industry reaction to the Code

Major changes are coming for the regulation of the funding of DB pension schemes.

As we have noted previously, the Pension Schemes Bill will impose important new requirements for long-term funding strategies and may also result in greater powers for the Pensions Regulator (TPR) to impose standards, while the regulatory approach to be set out in TPR’s new Defined Benefit Funding Code of Practice is likely to pressure many trustees and employers to come within TPR’s expectations in relation to actuarial assumptions and deficit funding.

Analysis from LCP warned that these changes could result in the employers of the UK’s largest schemes having to pay £100bn into their schemes over the next decade (compared to the approximately £60-65bn that is anticipated under the current rules). LCP commented that the new Code is expected to result in a less flexible approach to scheme funding in practice, with a pressure on companies to pay more over a shorter timeframe. They also warned that businesses being forced to lock up money in their pension funds, as opposed to using cash for productive investment, risks damaging the long-term health of not just the companies concerned but also the wider UK economy.

Trustees too may have concerns over the appropriateness and attainability of TPR’s new standards. According to analysis by Hymans Robertson, 70 per cent of DB schemes may not meet the ‘Fast Track’ requirements under TPR’s proposed new twin-track funding framework. Using the funding plans of a representative sample of clients, the Hymans Robertson analysis found that just 30 per cent of schemes would pass all four of the proposed ‘Fast Track’ tests on the long-term objective, technical provisions, recovery plan and investment risk.

With such a large proportion of schemes potentially not meeting the anticipated requirements for ‘Fast Track’ valuations, there are concerns that many more than expected will need to use TPR’s ‘Bespoke’ process, involving considerably more TPR scrutiny and engagement which may result in significant delays in resolving valuations as well as pressure on TPR’s case management resources.

Progress of the Pension Schemes Bill – the end of the open DB scheme?

Regarding the progress of the Pension Schemes Bill, on 16 November 2020 the Bill passed the report stage and its third reading. An amendment regarding funding first proposed by the House of Lords (at the Bill's report stage on 30 June 2020), which sought to ensure that open and active schemes and closed schemes are treated differently in accordance with their differing liquidity profiles, was rejected.

During the debate, it was noted that the CBI had recognised the risk of moving back to a one-size-fits-all regulation for funding and investment, in spite of the ‘fast track’ and ‘bespoke’ options, and for this reason certain members of the Commons expressed their view that the Bill could risk the premature closure of otherwise healthy schemes. In the view of the CBI, businesses and trustees need to be confident that the new Code will allow them to make decisions that benefit savers and the long-term health of companies.

However, in a recent ‘myth-busting’ blog post, David Fairs (TPR Executive Director of Regulatory Policy, Analysis and Advice) has suggested a softer approach towards certain open schemes. Mr Fairs recognised that there could be perfectly acceptable scenarios where open schemes propose to fund and invest based on the expectation that they will remain open. However, he added that trustees should be prepared to evidence how they could manage the risk of their scheme closing or maturing faster than expected. Going bespoke may mean more regulatory engagement but, in his view, in many cases there is likely to be only minimal additional engagement if the thinking has been done, is clearly explained and well documented.

Elsewhere, it was reported earlier this month that TPR is expected to write to the trustees of all private sector DB plans over the next month in order to advise them to be alert for profit warnings, credit downgrades or debt refinancing.

This expected action comes as government and regulatory bodies become increasingly concerned that the winding down of state job support schemes relating to the COVID-19 pandemic and the second national lockdown will trigger a rise in business failures, restructurings and refinancings.

The Chief Executive of TPR, Charles Counsell, has urged trustees to engage with employers in such situations as early as possible in order to safeguard members. TPR’s latest advice recommends that trustees take steps to prepare for any business failure, such as tracking the performance of the business, understanding their rights and obligations as trustees and seeking professional advice.

In addition, speaking at the Pensions and Lifetime Savings Association conference last month, Mr Counsell emphasised the importance of long-term savings, encouraging individuals to continue to contribute to their pensions where they can afford it in the current circumstances. He noted that TPR’s focus would be on the security of such savings, the value they deliver and on bold and effective regulation to help encourage innovation in the marketplace.