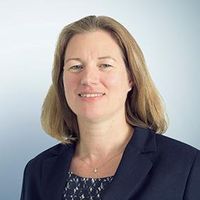 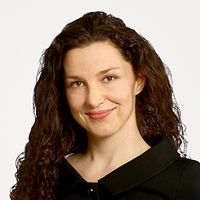 The Pensions Regulator (TPR) recently issued its draft guidance on its approach to investigating and prosecuting the new criminal offences under the Pension Schemes Act 2021. In this blog post, we share our thoughts on the level of comfort that might be gleaned in relation to criminal risk if the draft guidance were finalised in its current form, focusing on the particular concerns that would remain for restructuring activity.

The Pension Schemes Act 2021 will introduce wide new criminal offences that will impact corporate activity involving groups with UK defined benefit pension schemes. Our latest blog and briefing on this topic can be found here. The two key criminal offences apply where any person acts in a way that:

in each case without having a reasonable excuse.

Both offences are punishable by up to seven years in prison and/or an unlimited fine.

A wide range of restructuring activity could potentially fall within the scope of the criminal offences, including asset/business sales, financing and refinancing (including bridge financing), granting security, lender actions (including loan to own and sale of debt) and decisions to continue trading (or to file).

Further, any person can be liable, including corporates, directors, lenders, commercial counterparties and advisers.

In response to concerns raised by the pensions and restructuring industries about the breadth of the offences and the potential impact for scheme employers, the government indicated that TPR would provide guidance on its approach to investigating and prosecuting the new criminal offences. On 11 March 2021, TPR issued its draft guidance for consultation, with the consultation period closing on 22 April 2021.

Key points on the draft guidance

In preparing the draft guidance, TPR has clearly tried to take on board the concerns raised by industry and sought to frame the guidance in a way that will provide some degree of comfort. In particular, the draft guidance confirms that:

TPR also states in the draft guidance that conduct is more likely to be prosecuted where:

Unfortunately, TPR’s approach under the current 'moral hazard' regime has demonstrated that many of these concepts are inherently vague and subjective – so could result in the criminal investigation of good faith commercial decisions. Uncertainty and resulting nervousness around this may risk decisions being taken that damage, rather than protect, the sponsoring employers of pension schemes – to the detriment of all stakeholders, including employees, commercial counterparties and the pension scheme.

The draft guidance states that TPR considers that there are three factors that will be significant for deciding whether a person has a reasonable excuse for an act or failure to act:

1. Where the detrimental impact was an incidental consequence of the act or omission, as opposed to a fundamentally necessary step to achieve the person’s purpose, the person is more likely to have a reasonable excuse.

Examples are given of arm’s-length business activity with third parties, such as lenders deciding to refuse credit or revising or terminating a lending arrangement. While this is helpful, there is an important caveat here, which is that TPR expects the purpose of the act to be 'unrelated to the pension scheme'. This introduces an unhelpful grey area – for example, a lender may not wish to continue lending because of the risk associated with the employer’s liabilities to the scheme.

2. The adequacy of any mitigation provided to offset the detrimental impact will contribute to a person having reasonable excuse.

Examples are given of the impact of corporate activity being fully addressed by amending the terms of the activity to remove the detriment to the scheme or providing alternative covenant support to the scheme.

This limb is less helpful. Although TPR only says that full mitigation is 'more likely' to give a person a 'reasonable excuse', in practice, if mitigation fully offsets any detrimental impact it is difficult to see that this is an aspect of 'reasonable excuse' at all – rather there is no relevant act to which criminal liability could attach. Further, the question of adequacy of mitigation is inherently vague and subjective, as illustrated by TPR’s express expectation that mitigation will only be adequate where the scheme is treated 'fairly in relation to other parties' rather than where the actual detriment caused is addressed. Finally, in a distress scenario, it may not be possible to fully mitigate any potential detriment.

3. Where no, or inadequate, mitigation was provided, there is less likely to be a reasonable excuse where there was a viable alternative that would have avoided or reduced the detrimental impact.

Again, this is couched with an expectation that the scheme will be treated 'fairly', without necessarily recognising the very different circumstances of different parties. There is an express recognition that TPR won’t 'generally' expect someone to pursue an alternative that means unreasonably disregarding their own interests – such as a lender declining to lend additional funds where it reasonably considers there to be a high risk of default or that it will recover more of its existing lending by default now than extending lending terms further. However, a key concern will be the extent to which TPR will expect alternatives to be explored and what view it takes on viability and the reasonableness of a lender’s decisions. Will TPR generally accept the commercial judgments made by parties in good faith on those issues or will it seek to impose its own view?

TPR also notes some additional factors that it says may have a bearing on whether to begin a criminal investigation, including the extent of communication and consultation with the trustees and TPR. While the draft guidance states that these are unlikely to be determinative alone, in practice it is difficult to see how a criminal prosecution could be brought that second-guessed the conclusions reached by parties as to material detriment or reasonable excuse where there has been full, honest and open consultation with the trustees/TPR and steps have been taken that fully address any concerns

The position of the specialist distress lenders

From a restructuring perspective, a key area of concern in the draft TPR guidance is its failure to give comfort on the position of specialist distress lenders, particularly when coupled with an understanding of TPR’s approach in such circumstances as indicated by its recent regulatory intervention report in relation to Silentnight (see below).

This could have two significant implications, both of which could make it more likely that businesses become distressed and cannot be rescued (to the detriment of a wide range of stakeholders):

In its recent regulatory intervention report in relation to Silentnight, TPR gave a flavour of the actions it considered HIG had taken as purchaser of Silentnight’s debt that were materially detrimental to the pension scheme and hence it considered brought HIG within the remit of its existing 'moral hazard' powers. The Silentnight case settled without any admission of liability by HIG, so it is impossible to know whether TPR’s action would have ultimately been successful. However, coupled with the draft guidance, the report does give insight into when TPR might investigate using its criminal powers in future against a purchaser of distressed debt on the grounds that they were 'risking accrued scheme benefits'. For example, TPR may consider such investigations if it considers that the purchaser had inappropriately used its powers to bring about the 'unnecessary' insolvency of the pension scheme employer with the intention of buying the employer’s business without the scheme.

Generally, to reduce the risk of assertions being made, all parties involved in a pre-pack should ensure that:

However, this may not assist if TPR takes a different view on the viability of alternative options based on its own view as to what terms lenders should reasonably accept and using its view of fairness to the pension scheme as a benchmark. In this light, TPR’s view of certain actions in the Silentnight case are concerning. In particular:

Further limitations of the draft guidance

While the draft guidance is helpful, a number of areas of concern remain in addition to those flagged above in relation to TPR’s view of 'reasonable excuse':

Hopefully feedback from the consultation will help TPR to refine the draft guidance to provide additional comfort and further reduce the risk that, rather than protecting pension schemes, the new criminal offences worsen their position by making it harder for their sponsoring employers to do business and/or to be rescued if they become distressed.

If you would like to discuss any issues relating to the Pension Schemes Act 2021 or have any issues that you would like us to consider for our response to the consultation, please do get in touch with your usual Freshfields contact or any of the authors.