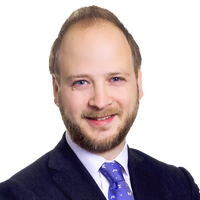 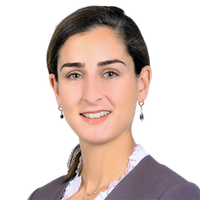 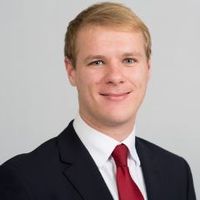 Construction disputes are typically fact intensive.  While documents are generally the preferred source of evidence, in global projects, they are often highly technical and require explanation or context.  Fact witness evidence is, therefore, important to fill in documentary gaps, provide context to documents or explain why certain documents do not exist.

When fact witnesses are needed, a question arises regarding the reliability of their evidence.  A report recently issued by the ICC Commission on Arbitration and ADR on “The Accuracy of Fact Witness Memory in International Arbitration” (the ICC Report) considers scientific literature and arbitral practice to assess whether new practices or modifications to existing practices are desirable to enhance the probative value of fact witness evidence in international arbitration.  In this post, we highlight some of the ICC Report’s main findings and its recommendations, and briefly explore their application to global projects disputes.

The ICC Report highlights that witness memory is “imperfect” 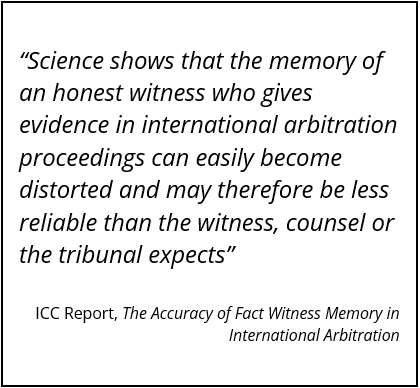 memory (mainly in the context of the criminal justice system).  Working with cognitive psychologist, Dr Kimberly Wade, the task force working on the ICC Report (the Task Force) considered how witness memory is often influenced by:

- the way a witness is asked questions;

- the “post event information” a witness is exposed to (it is possible even for an  honest witness to form entirely false memories); or

- the witness’ perspective after the event (for example, telling a story from the perspective of a claimant or respondent).

The Task Force designed and conducted its own experiment to test this in a commercial arbitration context.  Participants from different industries were given documents relating to a contractual arrangement between two commercial parties.  Some were told to “imagine” they worked for one of the two parties (and given further misleading information) whilst others were not (the control group).

The experiment showed that participants exposed to biases generally presented the facts differently when asked to recall them, and in ways that better supported their own party’s position.  In contrast, the control group recalled the facts differently, without the bias.  Participants’ positions appeared to have been particularly influenced by the post-event information they had been exposed to, including memos shared by in-house counsel.

There is no doubt that witness evidence remains an important part of the international arbitration process, including for major projects disputes.  Indeed, the Task Force recognised that fact witness evidence can be very valuable and warned against tribunals treating fact witness evidence as “second best”.  But the ICC Report is a timely reminder to consider best practices to maximise the impact of fact witnesses in any dispute.

Best practices to maximise the reliability of fact witness evidence

a matter becomes contentious, and engaged early in witness interviews.  At the same time, the ICC Report emphasises the key role that in-house counsel play in ensuring the witness memory is best preserved.

Recording events as they unfold is particularly important to limit the impact of memory “contamination”.  In this regard, the ICC Report recommends that in-house counsel should establish procedures for teams to keep contemporaneous written or oral notes of issues being discussed at the time the relevant events unfold, especially in a potentially or actually contentious situation.  This is relevant to global projects disputes where:

- it is usual for disputes to crystallise on completion of a project – often many years after issues first arise, therefore increasing the risk of fading or even conflicting memories;

- there are often several people in the same role but at different times; and

- the team effort required during a project may make individuals loath to document or raise criticisms of a counterparty.

Based on the above, and drawing upon our own experience, below are ten key issues that we recommend considering when assessing how best to use fact witness evidence in global projects disputes: 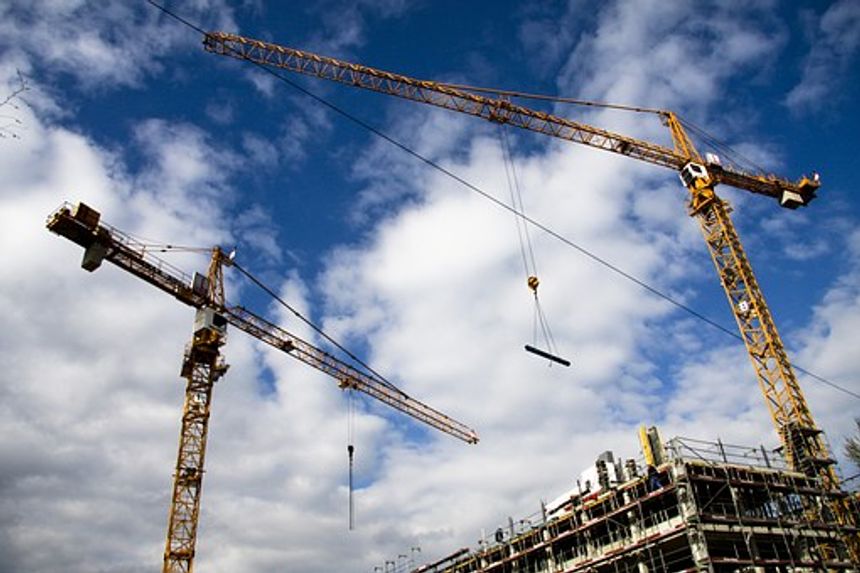