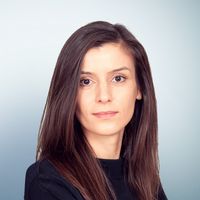 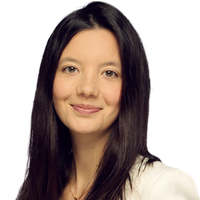 On 12 May 2021, the French competition authority (FCA) prohibited a concentration for the second time in its history, relying on an extensive interpretation of the possible grounds for prohibition. Following an in-depth review, the FCA vetoed the investment fund Ardian’s planned acquisition of sole control over the Société du Pipeline Méditerranée-Rhône (SPMR), active in the transport of hydrocarbons by pipeline.

We are still awaiting the publication of the FCA’s decision, but based on its press release, the FCA has prohibited the transaction believing it would lead to an increase in price, although this was not caused by a reduction in competition.

More precisely, the envisaged transaction did not bring any horizontal overlap, significant vertical integration or any sort of conglomerate effect; neither did it have any unilateral or co-ordinated effect. Instead, the FCA’s concern with the transaction was that it was bringing vertical disintegration.

Prior to the transaction, the shareholders were mainly clients of the pipeline infrastructure and thus had some interest in maintaining prices at a low level. After the transaction, the new controlling shareholder would not be a client and thus would, according to the FCA, have no incentive to keep prices low, keep quality high or maintain adequate levels of investment.

Therefore, the mere change in individual incentives, without any reduction in competition, was enough for the FCA to justify a prohibition. If confirmed, this would appear to be a significant extension of the FCA’s powers.

Of course, regulation could have solved the issue by imposing some sort of price control, but this was not the case here. The FCA considered that the pipeline, which it regarded as a kind of local monopoly, would remain unregulated.

Traditionally, competition authorities tend to rely on the clients’ behaviour in such situations. If the clients are ready to disintegrate vertically and sell the infrastructure to a third party, although they will remain clients, it means that they are confident they will be able to keep prices at a reasonable level. This is normally sufficient evidence that the market will maintain prices and there is no need for public intervention.

Therefore it is extremely surprising that, as a buyer showing no horizontal overlap, no vertical integration (although Ardian has some limited degree of vertical integration, it seems that this did not play any role in the FCA’s decision) and no conglomerate effect (plus the fact that you are not a potential entrant either), you eventually find yourself facing difficulties with merger control.

A dangerous extension of the grounds for prohibiting a concentration

Finally, the use of a pure price criteria that is not competition-related will make merger control extremely unpredictable if transactions that do not reduce competition can be blocked simply on the basis of a price- or quality-incentive analysis.

In view of this, it would be wise for such a milestone decision to be reviewed by the Conseil d’Etat.