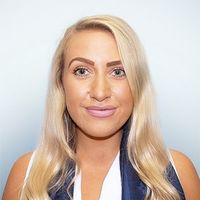 Over the last few weeks there have been two key developments in relation to the widening of the UK Pensions Regulator’s (the Regulator) powers to require connected third parties to make payments to UK defined benefit pension schemes by issuing a “contribution notice” (CN):

Earlier this year, new legislation was announced that will introduce new criminal offences in relation to UK defined benefit pension schemes and will widen the circumstances in which the Regulator can make connected third parties (such as group companies, directors and major shareholders) liable for pension scheme deficits by issuing a CN.  These new provisions introduced under the Pension Schemes Act 2021 (the Act) are expected to come into force on 1 October 2021 and will impact corporate activity involving groups with a UK defined benefit pension scheme. For more information, please see our previous blogs here and here.

Over the last few weeks there have been two key developments in relation to the widening of the CN powers.  These are considered in this briefing.

Under the current legislation, the Regulator can issue a CN where:

The Regulator must also consider that it is ‘reasonable’ in the circumstances to issue a CN and, in the case of the “material detriment” test, it cannot issue a CN if a party can show they have met the conditions of a ‘statutory defence’.  Broadly, the statutory defence requires a party to show that:

The Act introduces two new limbs for imposing CNs under the Regulator’s ‘moral hazard’ powers. Although both appear to cover some of the same ground as the existing ‘material detriment’ test, they will significantly widen the circumstances where the threshold test for imposing liability is met, making the Regulator’s view on when it is reasonable to impose liability much more important in those cases. Under the new limbs, the Regulator will be able to issue a CN where the Regulator considers that an act or failure to act:

Again, the Regulator will not be able to issue a CN if a party can show that they met the conditions for a statutory defence in relation to these new tests, broadly that a party:

Recently, the Department for Work and Pensions (DWP) published a response to its consultation on the draft regulations relating to how an employer’s resources will be calculated under the new employer resources test. The Regulator also closed its consultation on an updated draft code of practice providing details of its approach to issuing CNs under the material detriment test, the employer insolvency test and the employer resources test.  We have discussed these in further detail below.

Although the test is now confirmed, uncertainty remains about how the test will work in practice as concerns were raised during the consultation that the reduction of profitability would not be an appropriate measure of the employer’s resources.  This is because the relevant test under the legislation requires a comparison between the reduction of the employer’s resources, which is relevant for assessing whether contributions to the pension scheme can be met on an ongoing basis, and the estimated Section 75 debt, with the Regulator determining whether the reduction in employer resources is “material” compared with the Section 75 debt.

It is difficult to see how the Regulator will be able to determine whether a particular reduction in an employer’s profitability is “material” when compared with the notional Section 75 debt which would be triggered on a hypothetical employer insolvency.  This is because profitability of an employer is not an appropriate way of measuring the resources that are in fact available to that employer to meet its Section 75 debt.  In practice, it will therefore be difficult for the Regulator to apply the test and it will be even more difficult for employers to be able to understand in advance what acts or omissions may be at risk of intervention from the Regulator.

There are also other uncertainties in relation to the employer resources test and the employer insolvency test. The updated regulations provide that non-recurring and exceptional items will be determined by the Regulator for the purposes of the employer resources test, and when exercising this discretion, the Regulator will have to have regard to the financial reporting standards relating to accounting practices published by the Financial Reporting Council.  Under the legislation, it is also the Regulator that determines how to value scheme assets, scheme liabilities and the section 75 debt for the purposes of the employer insolvency test.

The DWP’s consultation response suggests that such uncertainty is acceptable as parties can take comfort from the requirement for the Regulator to consider it reasonable to issue a CN by taking account of all relevant factors and that the code of practice (see below) will set out the Regulator’s experience of considering and using its CN powers and its views and expectations in relation to its CN powers.

Earlier this month, the consultation closed on the Regulator’s updated code of practice on how it expects to exercise its powers under the new CN tests (see above) and under the existing material detriment test (the Code).  The Code included examples of when the Regulator would expect to issue a CN if it is of the opinion that one or more of the CN tests are met.  These include:

As can be seen, with the exception of the first example, the examples given are extremely generic and capture a very wide range of circumstances without giving any substantive guidance on the approach that the Regulator will take to applying the new tests (including the areas in the threshold tests which fall to the Regulator, as noted above) or the Regulator’s approach to reasonableness (particularly in the context of the wider powers).

Given the potential impact of the new contribution tests on “business as usual” situations and the move away from “fault” or “detriment” based threshold tests, the Code would have been more helpful if it had provided greater guidance as to the Regulator’s approach to the new tests and when it would be “reasonable” for the Regulator to issue a CN. The examples in the Code-related guidance are overly simplistic and reasonableness is not addressed in the Code itself.  As a result, the Code provides very little direction to enable parties to be able understand how the Regulator will apply the tests or is likely to approach the exercise of its powers.

The government has confirmed that the new contribution tests are not retrospective and that they will only apply to acts or failures to act from 1 October 2021. The Regulator is currently reviewing responses to the code and will therefore have time before the legislation comes into force to refine the code into a useful resource which will help employers understand the Regulator’s approach to exercising its new powers to issue CNs.  In the absence of further clarity, employers and connected third parties may need to apply for clearance from the Regulator in order to obtain sufficient comfort that the Regulator will not exercise its powers to issue a CN in relation to a particular set of circumstances. The DWP response to the consultation on the employer resources regulations noted that the Regulator has successfully demonstrated flexibility in diverting resources to cover priority areas during the COVID-19 pandemic, and that the Regulator has sufficient flexibility to be able to deal with any additional requests for clearance.

If you would like to discuss any issues relating to this briefing, please do get in touch with your usual Freshfields contact or any of the authors.