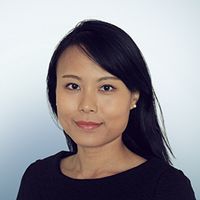 There is no question that the world of work has changed with the rise of the gig economy, and with the increasing prevalence of self-employed independent contractors and outsourcing of workers. Debates over worker status have gained much attention in recent high-profile cases such as Deliveroo and Uber, and they have sparked questions over the rights of employees and workers in terms of employment rights and benefits.

Share schemes, on the other hand, have largely remained unaffected by these debates, despite the increasing number of companies using share schemes as an incentivisation mechanism. For example, the UK National Statistics show that the use of tax-advantaged share schemes increased by 77% since tax year ending 2010. Meanwhile, most of the share schemes continue to exclude non-employee workers from participating in the schemes.

While the legislation seems to lag behind the time, there are, however, signs that the world of corporate governance might be slowly catching up to the new reality of work. The 2018 Corporate Governance Code (the Code) sets out the boards’ responsibilities with respect to workforce – from reviewing workforce remuneration and workforce policies to engagement with the workforce. We know that the Financial Reporting Council’s use of the term “workforce” in the Code is a deliberate one. (Although, interestingly, the Code’s requirement for workforce engagement is presented as one that derives from Section 172 of the Act but that section actually limits itself to “employees”.) The Trades Union Congress is calling for the government to revise the Act by similarly replacing “employees” with “workforce” (or words to that effect) throughout.

Outside the UK, there are already examples of more expansive use of share schemes. In the US, for example, non-employees, including contractors and non-executive directors, have long been participants of share schemes and have been incentivised to work towards the long-term success of companies. Indeed, in the UK, the Higgs review in 2002 recommended that non-executive directors should have the opportunity to take part of their remuneration in the form of shares – companies just lacked the legislative infrastructure that facilitated such shareholding. Setting aside the Code’s requirement that non-executive directors’ remuneration should not include share options or other performance-related elements, under the current “employees’ share scheme”, companies are often disincentivised from paying their non-executive directors in shares, and when they do, a certain amount of mental gymnastics is required to navigate the Act’s restrictions.

In the world of employment law, we have seen that the expansion of the concept of worker allows more regulatory oversight over the service recipient / service provider relationships. The statutory expansion of the scope of share schemes may similarly have the positive effect of legitimising and standardising the use of share-based remuneration for non-employees and increasing transparency over such practices.