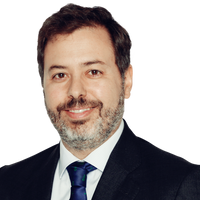 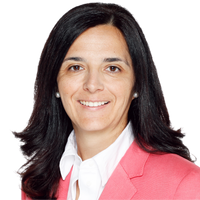 Late last year we blogged about the Spanish government (a left-wing coalition between the Socialist party and Unidas Podemos) announcing its intention to approve a new housing law introducing rent controls. While the bill is still a work in progress, last week the administration revealed its main measures. Leading landlords and rental housing managers as well as business associations and right-wing parties have expressed their opposition, claiming the law runs contrary to market freedoms and private property.

Background to the law

The plan to introduce rent controls was included, at Unidas Podemos’ request, in the coalition agreement signed in December 2019. According to press reports at the time, the measures were grouped around two pillars:

In March 2019 the latest amendment to the Spanish Lease Act was passed, which included the creation of a reference price index. A further amendment allows regions to define their own indexes should they wish.

Catalonia was the first region to implement rent control measures using the reference prices. Broadly speaking, they aim to prevent the initial rent for a property from exceeding:

The measures are limited to residential leases (and amendments affecting term and/or rent) signed on or after 22 September 2020 (when the new regulations came into force) in an area declared a ‘tight housing market’ (área con mercado de vivienda tenso). The leased property needs to be used as the tenant’s permanent residence.

One of the main (and most controversial) contrasts between the Catalonian regulations and those announced by the government is that the latter apply a different regime to individuals and landlords that are legal entities and are considered ’large-scale holders’ (ie that own 10 or more dwellings).

While these ‘large-scale holders’ will be required to adjust their rents to the official price index (which is expected to lead to decreases), individuals will receive tax rebates if they voluntarily lower their rents. Even if individuals are not obliged to reduce their rents to align with the caps in the index, they will be obliged to freeze them if they are above the index.

In addition, a tax is expected to be applied (via a surcharge on Spain’s property tax (IBI)) to housing that is empty for a prolonged period. The rate of the surcharge has not been disclosed, although some have suggested 150 per cent.

Inspired by a measure introduced at the end of 2018 in the Metropolitan General Plan (MPGM) of Barcelona, new developments will have to comprise 30 per cent social housing, half of which must be allocated for social renting.

The measures will be implemented by Spain’s regions and municipalities (in the case of property tax). However, many are governed by right-wing parties who have said they will not do so.

It is expected that the bill will be debated and passed by parliament in the next few weeks.