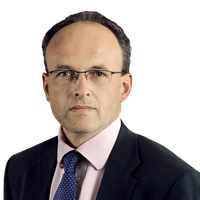 Representative actions under rule 19.6 of the Civil Procedure Rules have received considerable attention following the Court of Appeal’s 2019 decision to allow what is essentially an opt-out representative action to proceed in Lloyd v Google (see more here and here).  The Supreme Court’s eagerly awaited decision in Lloyd is imminent and has the potential to shape the future of class actions in England & Wales.

Representative actions under rule 19.6 are relatively uncommon because historically “same interest” has been narrowly defined by the Courts and is much harder to satisfy than the “common or related issues of fact or law” threshold for a Group Litigation Order.

At first instance, Justice Stuart-Smith adopted this narrow approach, holding that the “same interest” test had not been satisfied and that therefore the claim could not proceed by way of a representative action.

The Court of Appeal agreed with Justice Stuart-Smith that this case is distinguishable from Lloyd v Google and highlighted the following key differences:

The Court of Appeal’s endorsement in Jalla v Shell of a strict approach to the “same interest” test suggests that even if Lloyd v Google is ultimately upheld by the Supreme Court, the circumstances in which representative actions under rule 19.6 can be brought might be quite limited.  Certainly, in cases where there is a need for individual analysis of causation and loss, claimants may well encounter difficulties in meeting the “same interest” test.