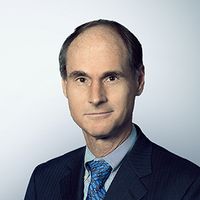 There was great fanfare in July when over 130 countries signed up to the OECD’s two pillar framework. This was a pivotal moment and the culmination of years of negotiations and compromise. However, what was agreed was a skeleton framework with significant details still to be filled in, especially on pillar one. The July statement promised that a detailed implementation plan together with remaining issues would be finalised by October 2021. (See Global tax reform: a historic moment for more background on the two pillars and the July agreement.)

The October agreement, which has been endorsed by the G20, effectively reaffirms the framework agreed in July, makes decisions on a small number of points (mainly around rates), and sets out a roadmap on how the pillars will be implemented. However, many technical details are still to be resolved. The most significant development is political rather than technical: the winning round of the three hold-out EU Member States (Ireland, Estonia and Hungary). After much political wrangling behind the scenes, including assurances that the pillar two minimum rate will be set at 15% and that Ireland would still be able to apply its lower 12.5% rate to companies below the pillar two €750m revenue threshold, these three countries have now joined 133 other Inclusive Framework (IF) members in signing up to the October framework. (The four IF members not yet on board are Kenya, Nigeria, Sri Lanka and Pakistan.)

How will the EU implement this?

Given the basic requirement for unanimity to pass tax measures at the EU level, it is significant that all the EU members of the IF are now signed up. Cyprus is not in the IF, but its Finance Minister has informally indicated support for the global deal.

Even so, questions over implementation in the EU remain, in particular on whether a pillar two directive can be compatible with EU Treaty fundamental freedoms and ECJ caselaw, and how much flexibility can be built into the directive for those EU member states that were hoping for a higher minimum rate or fewer carve-outs. On the first point, Benjamin Angel (Director of direct taxation, tax coordination, economic analysis and evaluation at the European Commission) has said that the proposed strategy is to formulate the directive so that pillar two applies domestically as well as to foreign subsidiaries – the idea being that the rules then cannot be accused of discriminating against cross-border investment in the EU. On the second point, the concern is that any move away from the OECD agreement runs the risk of not achieving unanimity. Angel’s stated intention is to implement the agreement “as is”, and he warns that those hoping for future flexibility should contain their expectations. Angel is, however, optimistic that the EU will reach agreement on this and is hoping to have a draft of the pillar two directive ready by the end of this year (provided the OECD model rules are finalised in November 2021, as is expected). France, who will be tasked with leading negotiations in the Council as of 1 January, has also indicated its confidence that the EU is on track for implementation in 2023.

What about the US?

One of the biggest remaining hurdles is going to be getting the deal through the US Congress. Despite the Biden administration’s active support for the OECD plans, the question of whether and how the two pillars can be implemented into US law is a highly charged topic which the US administration has to handle delicately to strike the right balance between persuading international negotiating partners that it is able to implement the global agreement and convincing its own lawmakers and taxpayers that it is putting US interests first. This is particularly true for pillar one— the new taxing right based on sales in market jurisdictions—since it challenges longstanding international tax principles that rely on physical presence in a jurisdiction to determine taxing rights. Those principles are implemented in US tax treaties, changes to which are subject to the constitutional requirement of approval by two-thirds of the Senate.

Implementing pillar two—the 15% global minimum tax rate—should be more straightforward and clearly achievable by changes to US domestic law that require only simple majorities in both houses of Congress. US domestic law already includes the GILTI rules, enacted at the end of 2017, which can be seen as imposing a minimum tax of 10.5% on the income of US-headed multinational groups in excess of a specified return on tangible business assets. The Biden administration has proposed changes to these rules (for instance, increasing the GILTI rate and switching from a worldwide to a country-by-country basis for calculating the GILTI tax base) that would make the US rules substantially compliant with the OECD’s pillar two framework. The House Ways and Means Committee last month approved its own version of these proposals, including setting the GILTI tax rate at about 16.5%. Although it is by no means a done deal that these changes will be enacted, they form part of the budget reconciliation package, which requires only a simple majority in the House and the Senate.

Pillar one presents more difficult issues. If the Biden Administration tries to use the tax treaty process to give market jurisdictions the right to tax part of the worldwide income of US multinationals based on sales there, it is hard to see how it could get the necessary support in the Senate. Although the Democrats have a (slim) majority there, getting two-thirds support for the most uncontroversial changes to treaties has historically been challenging. Even the most optimistic would struggle to see sufficient Republican senators supporting the wide-reaching fundamental changes that the OECD plans require, so it is not hard to see why considerable thought is going into what other options might be available for implementing pillar one.

An alternative approach (admittedly radical, but not unprecedented) might be for market jurisdictions to impose a new type of tax on the revenues of multinational corporations that is technically not a tax on income and thus falls outside the scope of existing bilateral income tax treaties. There is precedent for this approach. The current US BEAT rules impose an additional tax outside the regular corporate income tax on “base eroding” payments by US corporations to foreign affiliates. This tax is arguably not subject to US treaty rules that apply to the US corporate income tax. It would nevertheless be rather surprising if the OECD pursued this tack.

Failing this, the US administration may be able to implement pillar one by way of congressional-executive agreements. These are binding agreements between the United States and one or more foreign countries that are easier to enact than treaties but technically more limited in scope. There is ample precedent for the US using such agreements rather than treaties. Examples include the 1992 North American Free Trade Agreement (NAFTA) and the agreements whereby the US joined the World Trade Organization, the International Monetary Fund and the World Bank. The administration has yet to make a decision on which route is will adopt, although Yellen has previously indicated that a Senate-ratified treaty is just “one of a number of ways” to implement the deal. We expect to hear more in early 2022, when the detailed pillar one text is expected to be available (see below).

Putting political considerations to one side, what technical developments have there been since July? Some of the key rates have been set, though many details remain to be finalised:

On pillar two, we also have a few more details on the formula for the substance-based carve-out, plus a de minimis rule for jurisdictions where the multinational has low revenues and profits. But, generally speaking, there are very few new technical details available.

The agreement on pillar one mandates the withdrawal of unilateral digital services taxes (“DSTs”) and other relevant similar measures, and prohibits new ones. It appears that an agreement has also been reached between the US and Italy, Austria, Spain, France and the UK on how those countries’ digital taxes are to be withdrawn once the international solution is in place, with details on this to follow shortly. It is still not clear how the potential EU digital levy will play into this, and whether it would be a "relevant similar measure". Perhaps not, if it is not targeted at digital companies, but rather designed as a broad-based tax, potentially applying to any goods and services sold online. There is no date confirmed for a proposal on such a European digital levy – its fate is uncertain, and it is being discussed in the European Commission at the moment.

The “detailed” implementation plan sets out a roadmap for the next few years. On pillar one, we can expect a multilateral convention (and accompanying explanatory materials) early next year, to be signed in the middle of 2022, plus some model rules setting out proposed changes to domestic law in order to implement pillar one. On pillar two, the model rules for the GloBE top-up tax are expected in November 2021, together with a model treaty provision to give effect to the subject to tax rule. The intention is to complete the implementation steps by the end of 2022, with pillar one and most of pillar two taking effect from 2023.  (Within pillar two, the undertaxed payments rule would only come into effect in 2024.)

There is considerable momentum behind the proposals now, with the EU keen to implement quickly. Progress has clearly been made since July, although much of this has (so far) been behind the scenes. Even so, some of the toughest hurdles may be still to come, with important technical details yet to be settled and significant questions over implementation in key jurisdictions. Tax is set to stay high on the international agenda for some time to come.

The authors would like to thank Principal Consultant Léa Bareil (EU Regulatory and Public Affairs) for her valuable input into this blog.

For more on these developments, see our dedicated webpages: Global tax reform: the OECD pillars 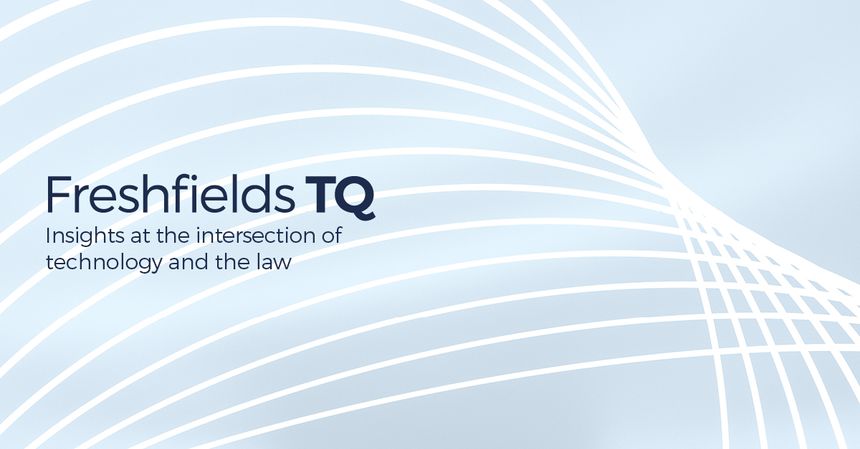 Can tax policy help us get to net zero? 10 things I have learned…
Brin Rajathurai
Recent posts from Freshfields Risk & Compliance