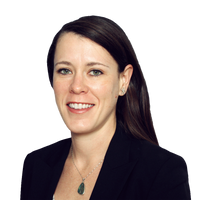 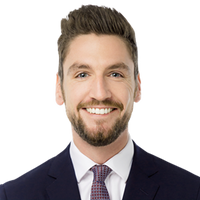 In response, the WA government rushed through emergency legislation in August 2020 in the form of the Iron Ore Processing (Mineralogy Pty Ltd) Agreement Act (the WA Emergency Legislation), amending the State Agreement to extinguish any State liability in relation to the mining proposals and remove Mineralogy’s right to pursue claims. Specifically, the WA Emergency Legislation declared that:

In relation to the challenges brought by Mr Palmer and Mineralogy against this legislation, the High Court determined in favour of the State, holding that the WA Emergency Legislation was valid and operative. This was because the sections of the WA Emergency Legislation (as set out above) went “no further than to ascribe new legal consequences to past events and thereby to alter substantive legal rights” (see para 84 of [2021] HCA 30).

What other legal avenues can Clive Palmer and Mineralogy pursue now?

WA Attorney-General John Quigley stated that Mr Palmer’s claim was “dead as a doormat” and described the High Court decision as a “massive win” for Western Australians.

Most relevantly, given the extraordinary provisions of the WA Emergency Legislation, Mr Palmer and Minerology may decide to initiate investment treaty arbitration proceedings against Australia under its free trade agreement (FTA) with Singapore. Last year, Mineralogy’s Singaporean parent company, Zeph Investments, sent a request to Australia for consultations under the FTA. In December 2020, federal budget papers revealed that taxpayers could ultimately be on the hook for compensation due to a “prospective investor-state claim against Australia” arising from an FTA with Singapore. The mid-year economic and fiscal update stated that Australia had received requests for consultation in relation to a dispute pertaining to the WA Emergency Legislation. It does not set out the terms of the request to Australia, but the papers note that consultations “are a pre-condition to the formal commencement of investor-state dispute settlement proceedings”.

Implications for other mining companies with interests in Australia

State agreements such as that between Mineralogy and WA are common in the Australian mining industry. They were introduced to provide legal certainty to businesses as they set out a framework for mining approvals and payments, and are incorporated via an act of parliament.

The WA Emergency Legislation was unprecedented and designed to avoid significant compensation claims, such as that launched by Mr Palmer. WA Premier Mark McGowan said that, had Mr Palmer's claims for damages been upheld in the High Court, it would have “left our state bankrupt” and that “in extreme circumstances, you take extreme measures” as Mr Palmer’s A$30 billion claim was approximately equivalent to WA’s State budget. Mr McGowan said that he made no apology for the WA Emergency Legislation, considering Mr Palmer’s claim could have cost A$12,000 per individual WA taxpayer.

With the High Court’s blessing of WA’s unilateral amendments of a party’s substantive legal rights, this suggests that, going forward, Australian State parliaments could change the provisions of any state agreement on their own terms. However, given that Mr Palmer’s claim could have crippled WA’s finances, the WA Emergency Legislation and High Court decisions could be limited to the facts of this case.

Mining entities with interests in Australia should consider whether their investments have been structured so that they can, if necessary, consider resorting to investor-state protections if unilateral action is taken by State parliaments to undermine their investments.