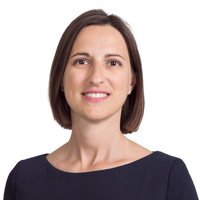 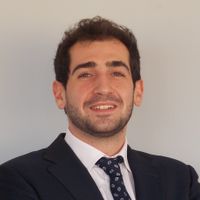 On 9 December the Italian Antitrust Authority (IAA) hit Amazon with a record fine of €1.1 bn for abuse of dominant position in the Italian market for intermediation services on e-commerce marketplaces.

According to the IAA, Amazon granted to retailers relying on its logistics service a number of crucial commercial benefits (e.g. access to the “Prime” label, and a better chance for their products to appear as Amazon’s pick in the “buy box”).

In the IAA’s view Amazon’s conduct was not objectively justified and constituted abusive self-preferencing. This harmed Amazon’s competitors in the Italian market for e-commerce logistics services (who were unable to compete on the merits) and – indirectly – competitors on the Italian market for intermediation services on e-commerce marketplaces. In fact, retailers relying on Amazon’s logistics would not typically multi-home on competing marketplaces. According to the IAA, reduced competition ultimately harmed consumers (although the allegation of consumer harm is only sketched in the decision).

While Amazon has already confirmed that it will appeal the IAA’s decision, the decision raises a number of interesting points, not least because the European Commission (the EC) has opened a similar investigation against Amazon that focuses on the rest of the EU.

At first the IAA’s initial view was that Amazon was dominant in the national market for intermediation services on generalist e-commerce platforms (i.e. marketplaces that sell full ranges of products). But in its final decision it did not exclude so-called vertical marketplaces (i.e. platforms specializing in a specific category of products) from the relevant market. It therefore found that Amazon is dominant on the broader market for intermediation services on e-commerce platforms.

On the other hand, the IAA confirmed its initial view that such markets are national in consideration of linguistic barriers, limited number of cross-border sales, and high costs for shipping abroad.

Reasoning of the IAA

The decision takes into account the General Court’s broad endorsement (still subject to appeal before the European Court of Justice, the ECJ) of the EC’s approach in the Google Shopping case, where Google was fined for favouring its own comparison shopping service over those of its rivals. The IAA decision was probably timed accordingly.

Considering that the IAA explicitly construed its case based on a self-preferencing theory of harm (Amazon favouring its own logistics services over those of its rivals) it is not surprising that Amazon’s defence highlighted the differences between the two cases. However, the IAA dismissed Amazon’s arguments and found that there was no sufficient evidence of the superiority of its logistics services. It also concluded that it was unclear why alternative service providers able to meet equivalent performance requirements were not treated in an equivalent manner e.g. in terms of access to the Prime label and the “buy box”. In addition, the IAA took the view that the growth of competing providers of e-commerce logistics services (which according to Amazon spoke against any exclusionary effect of the contested conduct) was based on the overall growth of the online sector.

On the other hand, the IAA clearly wanted to wrap up its investigation prior to the entry into force of the Digital Market Act (the DMA), a tool still in the EU pipeline aimed at prohibiting ex ante some of the behaviours of so-called gatekeepers perceived to be particularly harmful (including self-preferencing). It is in fact envisaged that the DMA will be primarily enforced by the EC, though National Competition Authorities (NCAs) advocated for at least a complementary enforcement role. In this context, the IAA’s record fine may also be seen as a clear indication that NCAs will not shy away from doubling down on EU standards in terms of amount of the fines imposed.

Amazon argued that the alleged infringement came to an end following the launch of the Seller Fulfilled Prime (SFP) programme. Through SFP, retailers that meet certain standards and rely on the delivery services provided by carriers approved by Amazon enjoy the same benefits as retailers using Amazon’s logistics. The IAA rejected this, criticizing in particular:

The disagreement as to what constitutes the end of the infringement may be one of the factors behind the IAA’s unusual move of setting out a detailed list of measures to be put in place by Amazon (under the supervision of a monitoring trustee) to bring the infringement to an end. These include:

While this is quite far-reaching, the IAA even considered forcing Amazon to refrain “from any activity related to the delivery of packages for orders made on the Amazon.it platform, limiting its presence in the national market for e-commerce logistics to the offer of warehouse logistics services in its distribution centers”, but ultimately abandoned such structural measures in order to “ensure the uniform application of EU competition law across EU” – which suggests a clear nudge from the EC.

It will be key to see to what extent the courts (including the ECJ, to which a preliminary reference is likely to be submitted) will endorse the IAA’s decision.

In addition, it remains to be seen whether Amazon will obtain interim relief or – as is normally the case – will have to comply with the IAA’s decision pending the appeal. Obtaining an interim injunction is particularly important in practice since it will take a few years before the Italian Council of State gives the final word on the case.

That said, the IAA’s explicit reference to the tweaks made to its original approach to “ensure the uniform application of EU competition law across EU” suggests that the IAA’s decision (at least to some extent) points to where the parallel EC case may be heading.