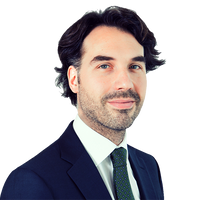 The package presented this week stands in a long line of ambitious proposals from the European Commission to address perceived dependencies on third countries, deficits in innovation at industrial level in the EU, and a lack of funding support that other world regions make available to investors.

In May 2021, the European Commission presented its Industrial Strategy, one of the key objectives of which was the development of Europe’s strategic capacities in key sectors, such as semiconductors. After having identified a shortage, which disrupted the European supply chain ecosystem, President von der Leyen announced the European Chips Act in her State of the Union address in September 2021.

We explore the package in more detail, with specific regard to the State aid, foreign direct investment (“FDI”) and employment considerations, in our briefing.

It is important to note that the European Chips Act is only a draft proposal which will now need to pass through the European legislative process. While it is hard to predict how long the legislative process will last (although it is usually around 12 – 18 months), the European Chips Act is a clear political priority. The Commission has also launched a targeted survey to “gather detailed information on current as well as future chip and wafer demand” and “better understand how the shortage of chips is affecting European industry.”

“The European Chips Act will be a game changer for the global competitiveness of Europe's single market.”