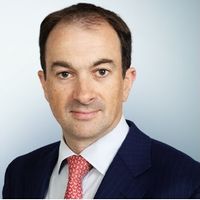 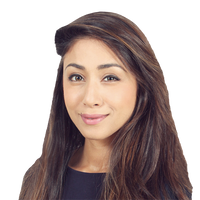 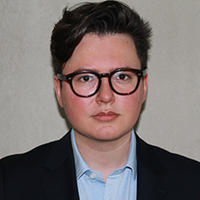 On the 7th of July the PRA published a policy statement PS6/22 on proposed changes to the definition of insurance holding companies for the purposes of the Group Supervision Part of the PRA Rulebook (the Policy Statement).

Under the current rules, insurance holding companies are defined as “firms with subsidiary undertakings that are exclusively or mainly insurance firms”. However, this definition has been criticised as unclear, with firms having no clear guidance as to how to interpret the word 'mainly'. The PRA has therefore proposed the revision which is detailed in the policy statement.

The PRA has amended SS 9/15 on Solvency II: Group Supervision (the Supervisory Statement) by inserting a new Chapter 1A. The changes were made following the Policy Statement in order to clarify the PRA’s expectations on the information required from firms in order to distinguish an insurance holding company from a mixed-activity insurance holding company. We examine these changes in this article.

The Supervisory Statement has also been amended throughout to update referencing as a result of the UK’s withdrawal from the EU.

The PRA has proposed an amendment to the definition of 'insurance holding company' in the PRA Rulebook Glossary (Solvency II). The effect of this new definition is that where a group for which the PRA is the group supervisor, wishes to demonstrate that a holding company is a mixed-activity insurance holding company, the group’s assets, revenue, and capital requirements derived from insurance or reinsurance undertakings, including ancillary insurance services undertakings, need to be assessed by the firm by reference to assets, revenues, capital requirements and material intra-group transactions.

The PRA has clarified that supervisory discretion will apply when classifying whether a holding company is an insurance holding company or a mixed-activity insurance holding company in a number of ways, including when considering what should be included in the calculation of assets and revenue measures (eg net versus gross measures), so that these measures best reflect a given firm’s circumstances; and where there are exceptional conditions or material year-on-year volatility in the assets, revenue, and capital requirements measures, the PRA may take into consideration the average of data over a three-year or five-year reference period, as opposed to the standard one-year reference period for making such assessments.

The PRA has also clarified that supervisory discretion will be applied when considering gross versus net measures, to account for a variety of business models. Consequently, the PRA has made a minor modification to the draft policy by amending the phrase ‘choosing the more prudent measure’ in paragraph 1A.1 of SS9/15, so that there will be supervisory discretion to determine whether to apply the most appropriate measure between net versus gross assets, or between net versus gross revenues. Consequently, the more prudent measure will be considered, but will not be the only factor taken into account.

As with the analysis of a firm’s assets, the PRA will also consider gross revenues in the first instance for the purposes of this test (gross revenue refers to total revenue; net revenue is the revenue after factoring in outward reinsurance). The PRA flagged its concern with the proportion of revenue from insurance subsidiaries, reinsurance subsidiaries and ancillary insurance services undertakings at the legal entity level, and group level, and consequently, intra-company transactions are not considered to be in the scope of ‘revenue’ for these purposes.

Again, the PRA would apply discretion in choosing the most appropriate measure, taking into consideration a group’s specific circumstances in the manner noted above. Revenues should be based on the consolidated financial statements and if none are available, the statutory accounts under IFRS/UK GAAP may be acceptable provided that there is a consistent basis of measurement.

Interestingly, the PRA has decided not to place more emphasis on the revenue measure over the asset and capital requirements measures and has expressed a view that various groups could be structured differently depending on their business models, and placing more emphasis on one measure over others would not be appropriate, in the PRA’s consideration, to account for these differences.

Solvency Capital Requirements (SCR) should be based on the contribution to the consolidated group SCR or based on local solvency capital requirements if a Method 2 waiver has been granted.

The calculations above would need to be demonstrated using the latest full year reference period, or a three-year average of the past three years where there is material year-on-year volatility in the figures. Where the period under consideration doesn’t fully reflect the normal business mix of the group, a different reference period would be used at the PRA’s discretion.

A key takeaway from this, therefore, is that the PRA will in future be prepared to revisit previous holding company classifications (or conclusions that no insurance holding company exists) where an insurance company and/or its holding structure is bought or sold.

In addition, where the application of the amended definition could be unduly burdensome, or does not achieve its intended purpose, the PRA has stated that it may exercise its powers to modify the relevant elements of the amended insurance holding company definition, subject to firms meeting the usual statutory tests at the appropriate point in time. It should be noted that the PRA may consider a waiver or modification in relation to the application of one or more of the three measures (assets, revenue and capital requirements); or the requirement to include ancillary insurance services undertakings in the insurance part of a group.

However, the PRA considers that the application of a 50% threshold combined with meeting two out of the three measures will be a suitable test in most cases.

The proposed new definition will take effect 12 months from the date of the Policy Statement (on 7 July 2023) but will not immediately require all firms to be reclassified. Instead, the PRA has introduced the concept of 'trigger events', with firms only needing to undergo reclassification if a trigger event occurs.

There has been some criticism of this approach with stakeholders expressing views that there may be inconsistencies between existing firms that can rely on old categorisation rules and new firms which will need to be categorised under the new rules.

Insurance: adapting to the ESG framework and innovating to stay ahead
Priti Lancaster, George Swan