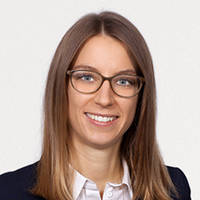 The Model BIT’s cornerstones, such as the definition of investor, investment, expropriation, fair and equitable treatment (FET), and most-favoured nation (MFN) are similar to those found in modern, investor-friendly BITs. This is notable in light of certain pan-African groups favouring the abandonment of MFN and FET provisions, deeming them to be overly broad and unpredictable, thus posing unnecessary risks for developing countries. Whilst the Model BIT expresses sympathy with this stance in its explanatory notes, it nevertheless chooses to align itself with standard practice, which is likely to encourage investment in Africa. It does, however, make concessions in relation to carve-outs for expropriating land, holding that the level of compensation shall be determined by States’ national law only (as opposed to both national and international law). Depending on the domestic legislation in question, this may result in compensation being far below the actual market value. Investors would therefore do well to acquaint themselves with the historical chain of land ownership or habitation, notably by indigenous groups, prior to acquisition.

Where the Model BIT really sets itself apart from existing BITs is in its unique, cultural features. The Model BIT’s overriding treaty principle requires that it be interpreted and investments under it be carried out in accordance with Ubuntu, which roughly translates to ‘human dignity and equality for all’. The Model BIT also focuses on protecting the traditional knowledge and traditional cultural expressions of indigenous peoples and local/ethnic communities in order to protect their rights, which “are often violated by States and the private sector.” By allowing indigenous communities to file amicus curiae briefs in arbitrations, the Model BIT strives to balance investment protection with local, human rights. The dispute resolution provision further allows for evidence in relation to aspects of traditional knowledge or traditional cultural expression to be provided by Shawara (insight or information), as well as introducing formal diversity requirements for establishing the tribunal. Unless “not possible”, the presiding arbitrator should be of African descent and the tribunal’s composition should reflect geographical, gender, and age diversity.

The Model BIT presents an interesting opportunity for African States to conclude new or update old BITs in a manner that encourages investment but protects local cultures and values.

Although the specific rules governing compensation for expropriation as well as the requirement that the presiding arbitrator be of African descent depart from the international norm, significant opposition from non-African States is not expected. Whilst investors must familiarise themselves with the “unique” features of the Model BIT, in practice certain of these features may not be too distinct from any modern corporation’s environmental, social, and corporate governance policies.

Overall, the Model BIT is a welcome introduction in a landscape that is seeing rapid population growth (Africa’s population is expected to almost double from 1.4 billion in 2021 to 2.5 billion in 2050) and an increasing number of large projects with foreign investors. Whilst FDI into African countries hit a record US$ 83 billion in 2021, there remains significant scope for development. In Uganda, for example, 60% of oil-rich areas remain unexplored, whilst at least 20 African States have less than 50% electricity access. Other, more economically developed nations still present strong opportunities for growth. Among these is Ethiopia, one of Africa’s fastest growing States, whose improvements to its infrastructure have attracted unprecedented levels of FDI in recent years.

An investment protection treaty offering broadly adequate safeguards is just one aspect which investors consider when deciding where to invest. Crime rates, corruption, and national investment laws also play a major role, and the Model BIT is by no means a magic solution. Nonetheless, it could be an excellent foundation on which further development will come to rest.