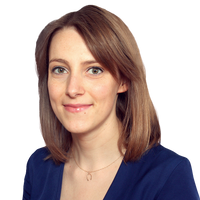 The UK government recently published an unexpected consultation setting out proposals to both legislate and reform the existing UK sovereign immunity exemption from direct tax. The proposals include significantly restricting the scope of the exemption as well as changing the eligibility criteria for this exemption. The most significant implications are likely to be for sovereigns investing in UK real estate, including sovereign wealth funds and overseas government pension funds, as well as fund managers that have relied on sovereign immune status being available for their investors.

The consultation was published a only a few days before Rishi Sunak resigned from the position of UK Chancellor and Boris Johnson announced he would resign as UK Prime Minister. Despite this flux in UK government, we understand from our discussions with the UK Treasury (HMT) and UK tax authority (HMRC) that they are still actively seeking responses to the consultation and the expectation is that a final policy on the topic and a government response to the consultation is likely to be published in autumn 2022 with draft legislation to follow in summer 2023.

Currently, the UK recognises the principle of international law known as sovereign immunity whereby one sovereign state does not seek to impose its domestic laws over another. The principle of sovereign immunity from UK tax is not set out in legislation, instead it is based on common law and practice – this includes reliance on guidance from HMRC which confirms that all income and gains which are beneficially owned by the head of state and the government of a foreign state recognised by the UK is immune from direct taxes. Where an entity can demonstrate it is an integral part of the government of a foreign sovereign state it will benefit from immunity, which the UK government has historically accepted is the case for certain sovereign wealth funds and overseas government pension schemes. The Crown immunity exemption from direct tax is also within the scope of the consultation due to its similarity to sovereign immunity.

A combination of reasons are given for restricting the scope of the exemption. The UK government is of the view that the UK is currently more generous than its main competitors, who tend to limit sovereign immunity to specific categories of investment income - although we suggest there are nuances to this view to take into account, particularly in relation to the US position. The consequential impact on the Exchequer has become more pronounced over recent years due to two main factors: (i) the increased investment from sovereign immunes and their broader investment profile (which now much more commonly includes real estate investments and trading activities); and (ii) the broadening of the scope of non-resident capital gains tax in relation to UK property has meant that the benefit afforded by sovereign immunity has increased as compared with other categories of non-resident investors.

The consultation explains that the proposed restriction on scope of the exemption should be, to some extent, levelled out by increasing the types of person/entities that should be eligible to benefit from sovereign immunity. However, it is questionable the extent to which that is the case once the detail of the proposals are examined. Of particular note is a suggestion that, under the reformed regime, overseas government pension schemes should no longer be eligible for sovereign immunity from tax on the basis that such pension schemes may already be eligible for other UK tax exemptions on investment income and gains. This is likely to be quite a material point in practice, for both overseas government pension schemes themselves and also for structures through which they invest.

The position of sovereigns as defined "qualifying investors" for the purposes of various UK tax regimes, including REITs, the substantial shareholding exemption (SSE), qualifying asset holding companies (QAHCs) and UK property-rich collective investment vehicle rules, is open to debate as part of these proposals. From a policy perspective, it would seem to make sense to allow sovereigns to continue to count as “good” investors when assessing REIT conditions. The ability to use the SSE based on sovereign immunity to exempt gains on disposals of UK property rich companies may be more vulnerable given the apparent policy objective of bringing gains from UK real estate into charge. Overseas pension schemes also generally count as qualifying investors for the UK tax regimes mentioned above by virtue of their pension status, so the loss of sovereign immunity for these purposes may be less impactful in such a case. However, that assumes the technical definition of overseas pension scheme is satisfied, which may not be the case for every sovereign pension fund.

Overall, the most significant implications of these proposals will be for sovereigns investing in UK real estate. The proposals also present issues for sovereigns which have set up regional headquarters in the UK. Those investors now need to consider whether those headquarters involve trading activities – if so the question will be whether those activities have created taxable permanent establishments and whether and to what extent that might bring profits and gains into the UK tax net. Overseas government pension schemes will also be impacted where they are no longer eligible for the sovereign immunity exemption and are not able to access other reliefs from investment income and gains.

Those indirectly impacted include fund managers that have relied on the sovereign immune status of investors and may now need to restructure investment structures as well as consider which parties bear the cost of any additional tax charges resulting from these changes. As these proposals were unexpected, it is possible that the existing fund documents do not include allocation of risk as regards such tax charges.

You can listen to our full discussion about these points in our podcast, which is available here.

How will the UK Autumn Statement 2022 affect your business?
Alison Dickie