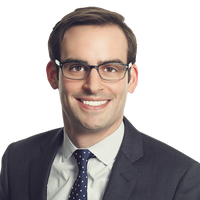 The New York State Department of Financial Services (DFS) is the chief regulator of financial institutions and insurance companies operating in the State of New York.  During a key note address at the New York City Bar’s 6th Annual White Collar Crime Institute on May 11, 2017, DFS Superintendent Maria Vullo stated that she believes that the DFS has the power to ban “bad actors” from the industries it oversees, despite the absence of any express power to do so under New York law and the failure earlier this year of proposed legislation that would have expressly extended such a power to the DFS.  That legislation set forth a number of “disqualifying events” that the DFS could consider in imposing such a ban, such as conviction of a crime involving the purchase or sale of any financial product or service or willfully making a false or misleading statement to the DFS or any other financial regulatory authority.  Based on such an event, and after appropriate process, the legislation would have empowered the DFS to ban an individual from the banking or insurance industry upon a finding that the event was of such severity as to have a direct bearing on the individual’s fitness or ability to continue operating in the relevant industry.

While acknowledging that express legislation was preferable, Superintendent Vullo suggested that the power to ban bad actors from the banking and insurance industries is inherent to the DFS’s mission to protect markets and consumers from fraud.  She equated such a power to equivalent powers exercised at the federal level by the U.S. Securities and Exchange Commission in the securities industry and the Federal Reserve Bank in the banking industry.

Regardless of whether the DFS intends to impose industry bans in the absence of express legislation, Superintendent Vullo’s message was plain:  the DFS is squarely focused on senior accountability for corporate misconduct.  Her remarks touched extensively on the importance of the “tone from the top” – i.e., whether senior management is fostering an appropriate compliance culture.  Indeed, she noted that, in her view, an institution is “sick” until a bad actor is “excised” and that removing a bad actor is “tantamount to curing the sickness.”

In sum, while enforcement priorities at the federal level remain uncertain under the new Trump administration, it is clear that DFS enforcement will continue to be assertive in the years to come.