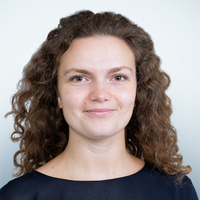 This week the English Court of Appeal decision in Beatt v Croydon Health Services NHS Trust has confirmed that courts and tribunals will look at whether, considered objectively, a whistleblower’s disclosure is ‘protected’* - it is irrelevant that the employer believes that the disclosure should be unprotected as the whistleblower had an ulterior motive.

In this case, Mr Beatt, a cardiologist at the hospital, had made disclosures relating to a fatal operation at the hospital and raised concerns that he thought patient safety was being compromised.

The hospital considered that these allegations lacked merit – in particular, they thought the allegations had been motivated by the difficult working relationship Mr Beatt had with certain individuals at the hospital. As such, the hospital decided that Mr Beatt’s disclosures were not protected, as they thought his disclosures had been made in bad faith or were not in the public interest (each of these being a relevant factor under the UK’s whistleblowing protection legislation at a particular point in time). Mr Beatt was later dismissed.

The Court of Appeal upheld the employment tribunal’s finding that Mr Beatt had been unfairly dismissed and clarified that:

This case is a timely reminder to employers that whistleblowing disclosures should be investigated properly and the employer should not allow any of their (subjective) opinions about the whistleblower or the scope of their likely legal protection to cloud their judgment about how to deal with disclosures made.

*Under English law, a disclosure is ‘protected’ if:

Whistleblowing: Can claims be brought against co-workers under English law where detriment is suffered abroad?
Chantelle Nicholas

Whistleblowing: Spotlight is on the decision maker’s reason for dismissal
Chantelle Nicholas