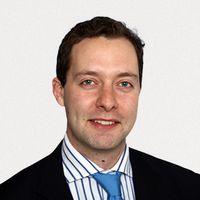 On 16 October 2018, the FCA published near-final rules to expand access to the Financial Ombudsman Service (FOS) for small and medium-sized enterprises (SMEs), and also proposed an increase to the FOS award limit from £150,000 to £350,000. The FCA anticipates implementing both changes from 1 April 2019.

Under the proposals, SMEs with:

This change marks a substantial increase both in the size of eligible complainants from the current standard of a “micro-enterprise” (i.e. businesses employing fewer than 10 people and with an annual turnover/balance sheet of €2m or less), and the size of awards available. The FCA’s rationale for the changes is to address recent analysis suggesting that, for smaller businesses, the costs and practicalities of litigation are preclusive.

Potential impact of the proposals

These proposed changes are significant; the FCA estimates that the increase in the eligibility threshold will allow access to the FOS of an additional 210,000 potential complainants, many of which will be relatively sophisticated businesses. This will mean the FOS will shortly be expected to handle more complex, higher value complaints from larger, more sophisticated complainants – and how the Ombudsman assesses “fair and reasonable” redress (which is an inherently flexible and subjective standard) in those complaints will be an important issue for respondent financial institutions, which previously would have had the opportunity to defend such complaints through a formal litigation process.

The FCA has recognised the importance of having an effective case team to handle these complaints (noting the concerns expressed in Richard Lloyd’s report earlier this year about the quality of FOS casework in more complex cases), and its proposals include a plan to set up a specialist unit within the FOS to handle more complex disputes. Inevitably, though, the planned changes will present an increased risk to financial institutions, which will need to ensure that they are appropriately resourced to respond to greater numbers of more complex FOS complaints, and with the potential for greater financial impact on respondents.

For more detail on the changes, a fuller article is linked here.