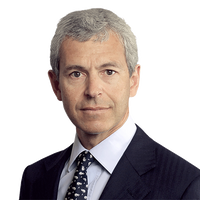 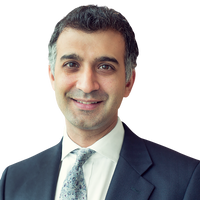 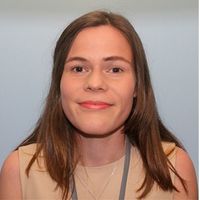 The Bank of England has published a report (PDF) setting out the findings of the Post-Trade Technology Market Practitioner Panel that it convened to explore how technological innovation could be harnessed to deliver a more efficient and resilient post-trade ecosystem.

The report is critical of the current post-trade infrastructure: it refers to a 'patchwork of manual or outdated technological processes, using systems and data definitions that can vary widely between and often even within firms'. The report sets out a blueprint for tackling those issues and launches a Post-Trade Task Force with a view to putting the blueprint into action.

The report is part of a broader regulatory push, both within the UK and the EU, towards the effective use of data in business processes and supervision. The Future of Finance Report (PDF) commissioned by the Bank of England envisaged a financial system using modern infrastructure and data standards and protocols to drive innovation and competition and reduce costs. The Bank is looking at ways to increase the use of 'regtech' and has published a discussion paper (PDF) on transforming the use and collection of data from regulated firms. At an EU level, following high profile money laundering scandals, there has been a push to share data and promote collaborative KYC data sharing. In a speech in 2019 (PDF), ESMA explained that they would be working together with national competent authorities to pursue the objective of standardising data in the financial markets.

Post-trade services (the back and middle-office activities that support trade execution) support the functioning of healthy markets and help to manage risk. The Panel suggests steps that firms operating in the post-trade market (banks, custodians, central counterparties and central securities depositories) could take to improve the post-trade process and make it more efficient, cost-effective and operationally resilient. In the report the Panel picks out two main elements to improve the efficiency of post-trade: data standardisation and the use of common processes. In this article we identify some of the legal and regulatory considerations that a move toward adoption of these proposals could entail.

The report finds that data used in post-trade processes is often incomplete, inaccurate and inconsistent, which is a particular problem because of the interlocking nature of the post-trade process, with different parties taking responsibility for different parts of the process. Standardising this data has the potential to create greater accuracy, consistency and speed. Examples of the types of data given in the report that could benefit from standardisation are data collected as part of the client onboarding process and transaction information beyond economic trade data that needs to be exchanged to process and report the transaction. Standardisation of data items is also a theme of the Bank’s discussion paper on transforming data collection, which envisages the data required for regulatory reporting being compiled in a machine-readable and non-ambiguous way.

Furthermore, the use of standardisation needs to be reconcilable with the use of judgment in interpreting rules in light of relevant circumstances. For example, data used in customer due diligence (CDD) is identified by the report as a candidate for standardisation. However, firms are required to adopt a risk-based approach to CDD and to tailor the information required to be obtained to the risk involved in a particular type of relationship. A modular approach would allow relevant items of information to be standardised, but the decision as to which items to include for particular types of client and relationship is likely to be less easy to automate or standardise. An illustration of the issue is provided by the case of Interactive Brokers (UK) Limited (IBUK), which was fined £1,049,412 by the FCA in 2018, for failing to implement appropriate market abuse monitoring controls despite having a post-trade monitoring system in place. The FCA found that IBUK failed to 'take adequate steps to satisfy itself that potential market abuse by its clients was effectively captured by the post-trade surveillance reports' and that these reports were 'not tailored in any way for the specific business of IBUK'.

The report points out that workflows and processes differ materially between firms. For example, non-economic trade data is often obtained and exchanged late in the trade cycle, leading to the need for a trade enrichment process to be carried out. Information is frequently exchanged in a non-standardised and ad hoc manner rather than through standardised interfaces.

Post-trade services form an interlocking network and although standardisation of systems and processes may improve the functioning of the system as a whole, there may be less incentive for any individual firm to change its existing approach to conform with those adopted by other market participants.

One driver for change could be in order to meet the regulators’ expectations regarding operational resilience. Operational resilience is becoming an increasingly important consideration for regulators, with the PRA (PDF) and the FCA introducing far-reaching proposals in this area. The standardisation of data and processes between firms could enhance operational resilience. Post-trade processes have not been developed collaboratively and although post-trade processes are interlocking, the different systems require reconciliation, creating the risk of errors. Inconsistent protocols and procedures can also make diagnosing and resolving errors time consuming.

Since firms currently compete on the standard of post-trade service that they offer, collaborating on standardising post-trade processes and data runs the risk of being regarded as anti-competitive behaviour. Unless standardisation is mandated by the regulators, firms and industry bodies co-ordinating common approaches will need to navigate carefully between achieving the advantages of common approaches and maintaining effective competition between services offered to clients. Of course, the standardisation of processes and data may in the end remove barriers to entry into the market and encourage competition, as well as providing other benefits for clients.

Increased use of outsourcing to provide standardised services

If certain post-trade processes are to be standardised, they will become easier to outsource to common service providers. This will create business opportunities for those market participants looking to provide the relevant service. It may also lead to the development of utility-like service providers, carrying out particular processes for most or all of the market.

Outsourcing does not itself create new legal or regulatory issues, but considerations around confidentiality and data sharing, as well as fraud and cyber-risk, are likely to be particularly significant. New client consents may also be required if additional data is collected or further processes are outsourced, which could present a logistical issue.

Increased concentration of the provision of certain services or process in individual providers may also lead to increased regulatory scrutiny of the service providers themselves. Market dominance or concentration could give rise to further competition concerns. Financial service regulators may also give further consideration to the scope of the regulatory perimeter and whether such service providers should fall within it. To the extent that service providers do fall within the scope of regulation, regulators may consider that they should be obliged to provide their services on a fair, reasonable and non-discriminatory (FRAND) basis.

Standardisation in the post-trade sector presents potential benefits for both participants in and users of the market. However, it brings with it a number of legal and regulatory issues to be grappled with. At a time when the emergence of blockchain technology has prompted arguments in favour of a decentralised technology-based approach, it is interesting to see technological innovation potentially leading to greater centralisation in other respects. The recommendations that are eventually made by the Post-Trade Task Force will be worth looking out for.