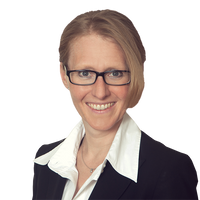 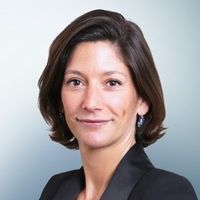 The first blog post in this series exploring the choices open to EU member states implementing the Representative Actions Directive ('the Directive') covered qualified entities (QEs), the criteria to start an admissible claim and whether member states will introduce ‘opt-in’ or ‘opt-out’ mechanisms. As explained in that blog, the Directive requires QEs to bring the consumer mass claims. In this second blog post, we examine how QEs may be funded, financial issues relating to claims and the associated ‘loser-pays’ provisions.

The Directive seeks to improve consumers' access to justice while protecting those who respond to the claims from dealing with abusive litigation unjustifiably hindering operation of businesses in the internal market. The balance the Directive – and ultimately member states – seeks to strike is particularly relevant in relation to the funding and loser-pays provisions examined in this blog.

QEs and the claims they bring can be funded in various ways including with the help of the state through public funds, insurance or third-party funders.

Based, at least in part, on the cost of class actions litigation in the US, commentators anticipated that the costs of litigating mass claims could be high and potentially require external funding to facilitate access to justice. Consumer organisations and others, therefore, were concerned about what funding arrangements the Directive might allow.

The sophistication of funding regimes varies within the EU. Therefore, member states will face different challenges when implementing the Directive. In our focus group of Austria, Belgium, France, Germany, Italy, The Netherlands and Spain, rules on third party funding need to be introduced or adapted in line with the Directive.

In Austria, third-party funders operate under the general civil and commercial law without any express rules specific to them. Funders’ activities are generally allowed. However, academics disagree as to whether third-party funding contracts fall under the prohibition against agreeing to be paid a success fee by the client known as ‘quota litis’. Quota litis applies to Austrian lawyers and those who operate in a similar way (Rechtsfreund). Currently, there is no Austrian Supreme Court ruling that has decided the question. Will the legislators, in implementing the Directive, extend the prohibition to third-party funders? As France and Germany have similar rules against success fees, will they follow suit if Austria does so?

In any event, Austria is likely to retain third-party litigation funding, albeit with conditions to prevent conflicts of interest required by the Directive. Similar action is expected in other jurisdictions that currently, also do not have regulations on third-party funding, such as Belgium, France, Italy and Spain.

The position in Germany, under its Declaratory Model Action (DMA) regime (Musterfeststellungsklage) illustrates one way of dealing with the conflict of interest. The maximum amount that can be invested by a company into an entity which seeks declaratory relief under the DMA, is 5 per cent of that entity’s financial resources. This is to limit the potential influence of third parties on the entity. Whether a new redress mechanism implemented under the Directive applies a similar 5 per cent threshold or sets out different criteria to prevent third parties from wielding undue influence on QEs by financial means remains to be seen.

Funding is already catered for under Dutch law, in that an entity must prove it is independent from the funder. While courts cannot order the entity to make changes to its funding arrangement, they can reject the legal standing of an entity. Like Austrian law, Dutch law restricts lawyers’ ability to work on a contingency basis. However, such restrictions have never been applied to third-party funders.

Linked to funding is the issue of cost-shifting, which means that the winning party is able to recover a (significant) proportion of its costs from the losing party, know as the loser-pays principle. This increases the financial risks of litigation. While the loser-pays principle seeks to assuage concerns about unmeritorious actions, commentators were concerned that the principle could discourage (individual) claimants from bringing claims against corporations with greater financial resources. (The loser-pays principle does not usually apply in the US where each party bears its own costs and lawyers for successful claimants are often paid out of the settlement proceeds or damages award.)

The loser-pays principle must be implemented by the member states as Article 12 seems to allow member states limited discretion. As most member states in our focus group already apply this principle, implementation should not, in theory, be a problem for them. Although Dutch, Belgian and German law provide for the principle, the loser only pays a fixed amount of court fees to the winner. In practice, this means that in complex cases, the loser only pays a fraction of the costs actually incurred. It is unclear from the Directive’s text whether these laws will therefore need to be adapted.

The biggest change will be in France, where adopting the loser-pays model, as provided by the Directive, will be a significant new feature of the system, requiring regulatory modifications and changes to the judiciary’s current practices. At the moment, a winning party is entitled to its costs unless, in the judge’s discretion, the loser should be partially or totally exempted from such payment for fairness reasons. Often the assessment leads to the payment of a lump sum much lower than the amount of the fees actually incurred. We believe that this is likely to raise concerns in terms of implementation. Similar issues will arise in Spain given the natural reluctance of Spanish judges to award costs against the claimants in damages cases and a French-like system for quantification of costs.

The Directive states that individuals should not generally be responsible for paying the costs of the representative proceedings although they can be asked by the QE to pay a modest entry fee to join the action. So, even under the loser-pays principle, it is the QE and not the individual that will be liable. However, an individual may have to pay costs of proceedings resulting from the individual’s ‘intentional or negligent conduct’. Italy and Belgium, for example, currently do not have such a provision.

When implementing the Directive’s requirements regarding funding and the loser-pays principle, member states will seek to balance the concerns of consumers and those defending the claims, and respond to the fears of commentators. How each member state does so will affect whether it is a financially attractive jurisdiction in which to bring or defend representative claims.

To receive notifications of further blog posts on this topic, please sign up here.