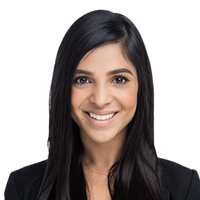 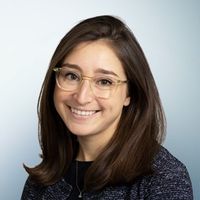 Liquidated damages (LDs) or penalty regimes are where parties often come unstuck. While privity of contract enables parties to agree a specified amount payable upon breach (or, in some jurisdictions, upon the occurrence of a stipulated event), such clauses are not beyond the scrutiny of courts or arbitral tribunals.  Legal systems across the globe differ in their approaches to liquidated damages provisions and case law in common law jurisdictions is continually evolving.

In applying the old English law test from the seminal case of Dunlop Pneumatic Tyre[1] (Dunlop), the recent decision of the Singapore Court of Appeal in Denka Advantech Pte Ltd v Seraya Energy Pte Ltd[2] highlights the need for global projects participants to pay particular attention to the liquidated damages regime applicable to their contracts and to consider whether their liquidated damages provisions comply with the relevant test.

Seraya Energy Pte Ltd (Seraya), an electricity retailer, entered into electricity retail agreements (ERAs) with Denka Advantech Pte Ltd and Denka Singapore Pte Ltd (Denka), whereby Seraya supplied electricity to Denka’s premises. Each ERA contained a liquidated damages clause, which provided for a payment of 40% of the remaining contract value as determined by the average monthly payment around the time of termination. A dispute arose between the parties when Denka indicated that it no longer wished to purchase electricity under the ERAs in August 2014, while the ERAs were due to expire on 31 January 2021. Subsequently, Seraya terminated the ERAs and commenced proceedings against Denka, claiming that Denka was in repudiatory breach of the ERAs. Seraya claimed damages under the liquidated damages clause contained in each of the ERAs.

The High Court considered the different tests for a liquidated damages clause versus an unenforceable penalty clause as laid down in the English decisions of Dunlop and Cavendish[3].  In Dunlop, the House of Lords held that the correct test was whether the clause was a genuine pre-estimate of loss likely to be suffered by the innocent party as a result of breach of contract.  In Cavendish, by contrast, the UK Supreme Court found that the true test is that a LD clause is a penalty only if it was out of proportion to the aggrieved party’s “legitimate interests” in the enforcement of the primary obligation under the contract, which could extend beyond compensation to broader commercial considerations.

The High Court found that it was bound to apply the Dunlop test.  This is because it was bound by the Singapore Court of Appeal’s prior decision in Xia Zhengyan v Geng Changqing[4], which was handed down prior to Cavendish.  Applying the Dunlop test, the High Court rejected Seraya’s claims under the liquidated damages clauses, opining that they were unenforceable penalty clauses because their primary intention was to deter any breach by Denka. Seraya appealed to the Singapore Court of Appeal.

The Court of Appeal Decision

The Court of Appeal dealt with two questions:

2. What is the applicable test for distinguishing between a liquidated damages clause and a penalty clause?

As to (1), the Court declined to follow the approach adopted by the High Court of Australia in Andrews v Australia and New Zealand Banking Group Limited[5] and, instead, confirmed that the rule against penalties only applies to sums payable upon contractual breach.  The Court opined that extension of the penalties rules could lead to a situation in which the court is required to review the substance of a bargain, which in turn would interfere with the parties’ freedom of contract.

As to (2), the Court confirmed that the appropriate legal test for a penalty under Singapore law is the Dunlop test, rejecting the Cavendish approach as being too far from the intended purpose of LD clauses to provide an appropriate compensation scheme.

On the merits of the case before it, the Court held that the liquidated damages clause was not “extravagant and unconscionable in amount in comparison with the greatest loss that could conceivably be proved to have followed from the breach”.[6]  Therefore, the Court upheld the clause and awarded damages to Seraya amounting to $30.8m.

What does this mean for you?

Denka v Seraya has clarified the applicable test for liquidated damages versus penalty provisions, which will come as a relief to project participants choosing Singapore law as the substantive law applicable to their contract.   However, there is a more general warning to heed, given that the Singapore Court of Appeal was willing to depart from the English court’s prevailing view of LD regimes under Cavendish: it is essential that parties understand the LD regimes within which they are contracting and are clear on the likely approach that a relevant court or arbitral tribunal would take.

The discussion above has highlighted some of the key differences amongst English, Singapore and Australian common law regimes in the scope and test to be applied.  Approaches differ significantly again once civil law jurisdictions are considered.  There, parties must first understand the meaning of the words “liquidated damages” or “penalty” and then must grapple with the effect of their clause constituting one or the other.  To give a few examples:

To protect yourself against the risk of a liquidated damages clause being rendered unenforceable or the amount awarded being reduced by a court or tribunal, planning ahead is key.  Some important considerations are: