Addressing gender inequality is not just about fairness for women, but can have a positive impact on economic growth. Building gender issues into tax policies is far from straightforward and tax policies in isolation cannot address all issues. But, not considering the gender impact of tax policies could potentially exacerbate the inequalities in society that have only been made worse by the COVID-19 crisis. Gathering more gender-disaggregated data will be crucial to resolving these issues. From a tax policy perspective, being blind to gender issues is not enough.

This year’s International Women’s Day sparked some excellent discussions celebrating how far we have come on gender equality but also highlighting where a great deal of work is still needed. For instance, I was shocked to hear the OECD statistic that 88 countries still have legislation forbidding women from entering at least one profession.

Clearly, the ideal is to eradicate all measures that explicitly discriminate between the sexes but is that the end of the story? Is staying neutral on gender enough to provide equity between the sexes?

Listening to Caroline Criado Perez speak about her book “Invisible Women: Data Bias in a World Designed for Men” at a recent (virtual) event, I began to understand that things are not as neutral as you might think, and that this can have dangerous consequences. For instance, she explained that there are many situations where the male body has been used as the default (and the female as the non-standard). In the context of personal protective equipment (PPE), this means that women are routinely having to work with PPE that is not designed for their bodies. She cites a 2017 report in which only 5 per cent. of women in the emergency services said PPE never hampered their work. Unfortunately, Covid-19 has only exacerbated the reliance on ill-fitting PPE and the images showing the impact of this are troubling. With the latest statistics showing that 2 in 3 health workers worldwide are women, the bias towards men in the design of PPE is hard to justify.

Criado Perez colourfully describes many more situations where these kinds of issues arise. However, one thing I learn is that this is not necessarily the result of some nefarious and systematic campaign of discrimination against women, but, at least in part, stems from the unconscious biases that are embedded in the system. The example which, as a tax lawyer and a mother, grabbed my attention involved Dawn Bovasso, a creative director in the US. After being invited to a directors’ dinner, Bovasso discovered that under the IRS rules at the time, hotel and meal expenses were allowable (in Bovasso’s words - “because your wife isn’t there to cook you dinner”), but childcare costs were not (“because your wife is home with the kids”). Whilst such rules do not explicitly mention women, they are inherently biased against women who predominantly, in many cultures across the world, remain the primary caregivers.

This notion of hidden biases also came through in the OECD webinar “In tax, gender-blind is not gender-neutral: how tax policy in times of Covid-19 must consider women”. Michelle Harding of the OECD gave some comfort that in the tax world instances of rules that explicitly discriminate against women are now rare. However, it is clear that due to the differing economic characteristics and behaviours of men and women, seemingly neutral provisions can have a skewed impact.

For instance, in two-thirds of OECD countries, rates of taxation on income of second earners are higher than for a single earner (due to “family-based” progressive taxes and/or the loss of credits and benefits). With the vast majority of second earners being women, this has a disproportionate effect on women. And that is before you factor in childcare costs. Monika Queisser of the OECD noted that when you factor in all these elements (i.e. tax, loss of benefits and paying for childcare) single mothers across the OECD lose two-thirds of their gross earnings if they work. A major disincentive for women in two minds about taking up a role in the workforce.

Unsurprisingly, the Nordic countries are leading the way on these issues. Queisser highlighted that Iceland spends 2 per cent. of its GDP on childcare and has great participation of women in the workforce. Anna Brandt, Ambassador of Sweden to OECD and UNESCO, in her keynote remarks, stressed that individual income taxation, a generous welfare system (including a conscious effort to get more fathers to take parental leave) combined with available and affordable childcare have contributed to Sweden having among the highest female labour force participation and employment in the OECD.

In the corporate sphere, Harding noted that it is possible that corporate tax incentives benefit men disproportionately, as women own fewer corporate shares, receive a smaller portion of dividends and capital gains, are under-represented on boards and tend to own smaller businesses. However, it is hard to assess the exact extent to which different measures have a gender-based impact, due to a lack of gender-disaggregated data. This need for gender-disaggregated data is a point also highlighted by Ambassador Brandt as well as being a common theme throughout Criado Perez’s work. It is incredibly difficult to evaluate a problem and develop solutions when there is so little data in this area.

So how can tax policy help address these issues? Jon Blondal of the OECD explained the role that gender budgeting can play. Around half of OECD jurisdictions (including Austria, Belgium, Canada, Germany, Iceland, Ireland, Italy, Japan, Norway, Spain and Sweden) already do gender budgeting, ensuring their policies are not “gender-blind”. This involves planning budgets with the promotion of gender equality in mind and using different analytical tools to assess the effects of a policy across different genders. For instance, if you spend money on a construction project, the first order effect (from a gender perspective) might be that the benefits of the project are skewed towards men given that the construction industry is (currently) predominantly male. However, you also need to consider the second order effect: who will the users of the building be? Consider, for example, the difference between who might use a women’s refuge compared to a sports ground. In addition, there are third order effects: will the building promote women’s economic participation? To illustrate this, consider a hospice and the fact that 90 per cent. of long term carers worldwide are women. On this basis, the third order effect of the construction of a hospice could be to bring a significant number of women into the workforce. Blondal’s view is that these second and third order effects are key and the same exercise can be done for revenue raising measures. Again, a major stumbling block is the lack of data in this area, but these are concepts that are “gaining steam”. He noted that by making gender budget impact analysis mandatory, it hardwires gender issues into the policy process so they have to be considered. In his view, the culture of evaluation that happens around spending needs to be applied to the revenue raising side of budgets as well.

Blondal emphasised that this is not just about social justice which, he says, is a given. But the key to the success of gender budgeting, and what should make it appeal to policymakers, is the focus on the economic impact. And Federico Bonaglia of the OECD agrees, noting that improving women’s participation in the workforce increases GDP. Formalising and putting a value on all the unpaid and informal work that is predominantly carried out by women is a highly complex area. However, this could ultimately raise tax revenues, particularly given data shows that women tend to be more compliant taxpayers.

Beyond tax measures that focus on getting more women into work, what other specific tax policy steps can be taken to help address gender inequality? Unfortunately, there is no silver bullet. Harding reiterated that until we better understand what impact the tax system is having on gender it is hard to come up with appropriate solutions. Gathering more data is key here: are tax incentives concentrated in male-dominated areas, to what extent do they inadvertently reinforce these inherent biases. Harding is clear that the responses and biases may vary greatly from country to country, so there will not be a one size fits all solution. One point that occurs to me is whether more focus should be placed on intersectionality and the fact that other diversity dimensions will also have an impact. Could more be done around the impact of tax policies on ethnic minorities, disabled people, non-binary gender people and those from different social backgrounds?

Improving gender equality is not just about fairness for women. It benefits the economy as a whole and impacts the nature and speed of economic recovery. In addition, Boniglia highlighted that improving the gender balance has been shown to increase the wellbeing of both men and women.

COVID-19 has had a disproportionate impact on women. A McKinsey survey showed that women made up 39 per cent of those in employment before the crisis, but women suffered 54 per cent of the job losses. As a minimum, tax policies should not exacerbate these inequalities. If there are ways the tax system can help redress the balance then all the better. As Boniglia put it, rather than just focusing on growing the pie and redistributing the pie, maybe we can work out how to grow the pie in a way that helps deal with gender inequalities, i.e. can we grow a better pie?

Of course, there are a variety of complex and interlinked factors at play that have to be addressed to make progress on gender equality that extend far beyond tax, including social, economic and cultural issues. As far as tax policy is concerned, one thing is clear: being blind to issues of gender is not enough. 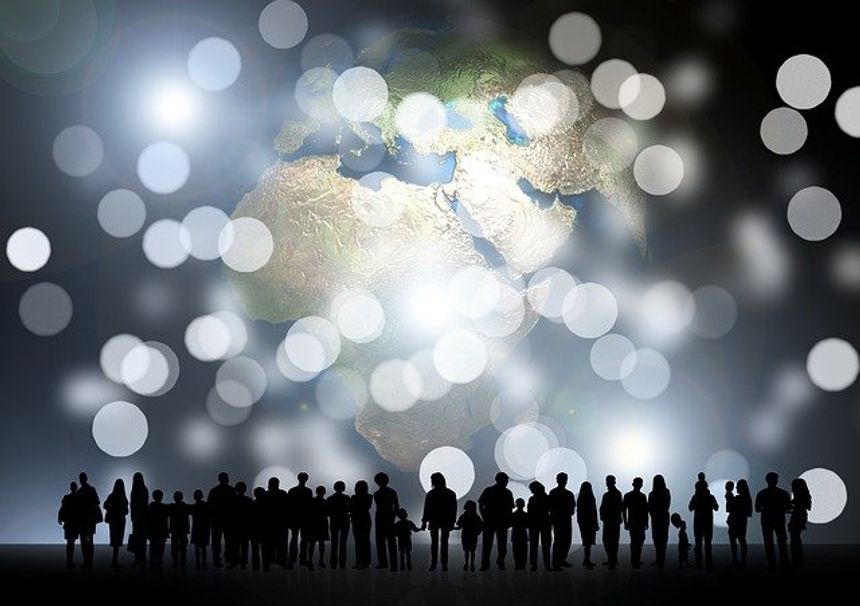