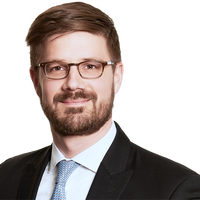 This fifth blog in our series examining the EU Representative Actions Directive ("the Directive") considers how lawsuits proceeding pursuant to the Directive might compare to class action litigation in the US.

The Directive was approved by the European Parliament in November 2020. As we have noted, the Directive requires each EU member state to put in place, within the next two years, at least one procedural mechanism that will enable consumer organizations called 'qualified entities' (QEs) to commence representative actions on behalf of consumers. Because the Directive sets only minimum standards, each member state will be able to shape the contours of its own collective redress system as it implements the mandates of the Directive. [FN1]

The authors hope that this blog post will help US entities with EU-facing operations, sales or services understand how the Directive may increase litigation risk across the EU or, alternatively, offer opportunities for the efficient resolution of issues affecting a broad range of consumers. This post also aims to help such entities understand how these risks and opportunities compare to those associated with federal US class action litigation. [FN2]

The rules governing class action lawsuits in US federal courts are designed to provide an efficient mechanism for addressing common injuries that, if litigated by each plaintiff separately, might not justify the cost of a lawsuit. Some scholars and practitioners, however, have criticized these rules as being too “effective” (at least from the perspective of defendants). Defendants in US class actions often face momentous exposure and substantial litigation costs. By contrast, US class action plaintiffs generally do not face material economic risk. Critics—including the US Congress when enacting reform in the area of securities class actions—have claimed that this dynamic incentivizes US plaintiffs to commence class action lawsuits of questionable validity simply because of their substantial nuisance value.

The Directive, once implemented, will undoubtedly facilitate the ability of European consumers to litigate collectively. However, with some exceptions, the Directive appears to provide substantially more protections for defendants than the US rules against what critics have often viewed as abusive litigation tactics. Below, we discuss the aspects of the Directive that differ materially from US class actions and that may have the most impact in determining the contours of pan-European representative-action risk.

The scope of claims covered by the Directive may be narrower

Under US rules, class actions can proceed with respect to any type of legal claim, so long as the requirements for proceeding as a class action are satisfied. Therefore, US class actions are not necessarily limited to consumer-oriented litigation. The Directive, by contrast, governs actions concerning certain consumer-related claims, including those related to product liability, data protection, financial services, travel and tourism, energy, and telecommunications. The Directive also appears to authorize shareholder litigation in certain, limited circumstances, with member states being free to expand the scope of shareholder (and other) litigations for which representative actions are authorized. Notably, the Directive does not govern lawsuits concerning competition (i.e. antitrust) laws, although many member states have their own domestic procedures for representative actions in this area of law.

Under US rules, individual plaintiffs lead class actions and serve as representatives for absent class members. In certain cases, investors who purchase litigation claims from others and then commence lawsuits seeking to make a profit may also serve as a lead plaintiff if the person from which they purchased the claim would satisfy the prerequisites for doing so.

Under the Directive, only QEs, and not individual consumers, can bring representative actions. Moreover, a QE can bring a cross-border [FN3] representative action in the EU only if it shows, inter alia, that it is a non-profit entity with a legitimate interest in, and demonstrated history of, protecting consumer interests. Although member states are not required to apply these same criteria to domestic claims, many member states are expected to do so.

The Directive generally has stronger structural protections against abusive lawsuits

Pleading standards and scope of discovery

Under US court rules, plaintiffs must include in their complaint enough allegations to put the defendant on notice of the specifics of a claim and must have a good faith basis for bringing the claim. However, US plaintiffs are not required to substantiate their claims with evidence when they first file a lawsuit—and after a lawsuit is filed, they often take broad US discovery for months (or sometimes years) before they are required to substantiate their claims with evidence. A putative US class plaintiff also may take discovery before it is required to demonstrate that it is appropriate for the lawsuit to proceed as a class action. By contrast, and as we previously discussed, the Directive requires a QE to provide “reasonably available evidence sufficient to support a representative action” before it can request discovery. [FN4] Moreover, discovery in representative actions in the EU will proceed in accordance with the procedural rules of the EU member state where the lawsuit is pending. And the member states’ various rules generally do not permit the same type of broad discovery allowed in the the US.[FN5]

There is little economic risk to plaintiffs from class action litigation in the US, where litigants generally bear their own litigation costs. Certain statutes, common in consumer protection laws, allow a prevailing plaintiff to recover attorneys’ fees from the defendant, but do not provide the same treatment for a prevailing defendant. Even if there is no such fee-shifting statute that applies, plaintiffs’ attorneys will often work on a contingency basis, charging fees only if there is a settlement or a judgment in favor of class members. The attorneys then typically are paid from such settlement or judgment (sometimes as much as 33 percent). Thus, while class action plaintiffs’ attorneys may take risk in bringing a US class action, the same generally is not true of the actual class action plaintiffs.

By contrast, the Directive requires EU member states to permit the winning litigant in a representative action to recover its expenses—including attorneys’ fees—or some portion thereof, from the losing party. This rule may dissuade QEs from bringing “nuisance suits” with dubious merit. However, the Directive’s “loser pays” principle is expressly subject to the “conditions and exceptions” in the laws of each member state, some of which currently allow a successful litigant to recovery only a portion of its costs. Thus, the extent to which QEs are disincentivized from bringing nuisance lawsuits in each member state will depend on the portion of the winning party’s expenses that each such state requires the loser to pay.

Third-party funding is permitted for US class actions, including to provide interim funding to plaintiffs’ attorneys that work on a contingency basis. With some limited exceptions (such as the need to disclose the funding of class actions in certain federal courts in California), no fixed limits on funding exist, and a court need not approve—nor even be informed of—a funding arrangement. Although US rules of professional conduct require attorneys to ensure that third parties will not interfere with a litigation, critics of litigation funding in the US argue that the prevalence of third-party funding has deterred settlements, since plaintiffs must share a portion of their recovery with funders.

Like US law, the Directive prohibits funders from unduly influencing representative proceedings, including settlement discussions. Beyond that, the Directive does not require member states to permit third-party funding, but where such funding is permitted, the Directive requires QEs to disclose their sources of funding to the courts or other “administrative authorities” who are tasked with ensuring that funders do not exercise undue influence. It is possible that certain member states may decline to allow funding at all, while others may limit the amount that any funder can invest in a QE or one of its representative actions. [FN6]

Defendants’ exposure to substantial claims for damages is ubiquitous in US class actions. Large class sizes and a system that permits punitive damages, as well as joint and several liability, have all contributed to this phenomenon.

Notwithstanding the substantial exposure that defendants face from representative actions, they may face further exposure still if a representative action fails to resolve potential claims of a substantial number of persons on whose behalf the representative lawsuit was brought. In addition, failure to achieve a widespread resolution with class members is likely to make settlement less attractive. Generally, opt-out actions—which bind notified class members to a settlement or judgment unless they affirmatively decline to participate—are more efficient at obtaining widespread resolution than systems which require class members to affirmatively opt in before they can participate.

Nearly all US class actions proceed on an opt-out basis. While class members may opt out if their claims are significant enough to support a separate lawsuit for which they may receive a larger recovery than they would as a class member, this is uncommon. [FN7]. As a result, one benefit of US class actions is that a defendant often can resolve the better part of its US legal exposure to any given issue through a class action settlement or judgment. [FN8]

As we previously discussed, the Directive allows member states to choose whether domestic representative actions will proceed on an opt-in or opt-out basis. However, the Directive requires the former for all cross-border representative actions. In addition, most member states that currently allow domestic group litigation do so only on an opt-in basis. In opt-in jurisdictions, resolution of the representative claims will not preclude class members who do not opt-in from bringing their own, separate actions.

As mentioned above, the Directive sets only minimum standards. Thus, the increased litigation risk to companies that have consumer facing operations in the EU is likely to vary amongst the EU member states as their respective legislatures implement the Directive. It is possible that the Directive will usher in an era of representative action that could present a substantial increase in pan-European litigation risk—perhaps similar to that illustrated by the UK Supreme Court’s recent judgment in Merricks v. Mastercard. Nevertheless, for the reasons above, the increased risk resulting from the Directive is unlikely to resemble the risk presented by class action litigation in US federal court. Moreover, the Directive appears to offer opportunities to resolve mass consumer claims efficiently. This may come as welcome relief from the cost and burdens associated with years-long individual litigation of hundreds or thousands of similar consumer claims.

FN4 The Directive does not specify whether a QE must provide evidence substantiating the merits of its claims, demonstrating that it is appropriate to proceed as a representative action, or both. The legislation enacted by member states to implement the Directive may provide further details in this regard.

FN5 If the Directive facilitates a rise in representative actions, the disparity in US and EU discovery rules—particularly in the rules of certain civil law countries in the EU—may further accelerate the trend for non-US litigants to seek discovery assistance from US courts pursuant to Section 1782 of Title 28 of the US Code, especially where US entities are defendants in representative actions in the EU.

FN6 Our previous blog post on discussing fee-shifting provisions and third-party funding can be accessed here.

FN7 Cornerstone Research reports that, between 1996 and 2018, only 4.5 percent of all US securities class actions included even a single class member who opted out.

FN8 In addition, US class action litigants can, and often do, agree that a settlement agreement will not be binding if a certain percent of class members decline to participate in the settlement.