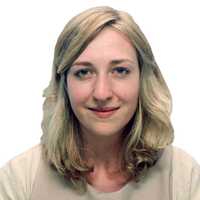 The Court of Appeal has now closed another potential avenue for Interest Rate Hedging Product (IRHP) customers seeking to challenge the banks’ underlying conduct of their FCA reviews, in its judgment handed down on 16 April 2021 in Davis v Lloyds Bank PLC EWCA Civ 557.

The decision continues the trend of judicial reluctance to expand customers’ rights to challenge such processes through the Courts. It will be interesting to see whether this trend is maintained by the FCA itself, which is expected imminently to restart its consultation on duties of care, including a consideration of whether customers should be given further private rights of action in relation to regulatory breaches.

Almost 9 years ago, in June 2012, the then FSA agreed with certain banks that each would conduct reviews of the sales of IRHPs from 1 December 2001 to certain customers, and provide appropriate redress (FCA reviews). This spawned a near decade of review, redress and overlapping and/or sequential FOS complaints and Court claims from customers eligible and non-eligible for the FCA reviews, alike.

Over time, dissatisfied IRHP customers have tried various avenues to challenge banks’ conduct of the FCA reviews through the Courts, including by:

This argument would have allowed Mr Davis essentially to enforce the terms of that agreement, despite being disallowed by the Court of Appeal’s prior decisions from relying on a relevant contractual or tortious duty in relation to it.

The Court of Appeal held, agreeing with the first instance Judge, that Mr Davis’s complaint was not a ‘complaint’ within the meaning of DISP, and therefore that the second question did not fall to be considered. Lewison LJ, giving the judgment with which Phillips LJ and Warby LJ agreed, examined whether Mr Davis’s complaint to Lloyds in connection with its reviews of his IRHPs was, in substance, either a complaint about the sale of one of those IRHPs, or a complaint about the eligibility of that sale to be considered by Lloyds’ FCA review. The complaint concerned the latter, so was unable to be a ‘complaint’ within the meaning of DISP. This is because it was neither a complaint:

The decision, and the factual history between Mr Davis and Lloyds that it rehearses, demonstrate some of the challenges which have underpinned banks’ FCA reviews, including those relating to:

Overall, the decision falls squarely within the trend of decisions in this area, and should give banks comfort that Courts have so far been unwilling to assist claimants to find additional routes of challenge, where overall customer-friendly review and redress schemes are in place (and even when those schemes are, probably inevitably to some extent due to their scales, complexities and inherent challenges, unlikely to be perfect in design or execution).

It now remains to be seen both whether: