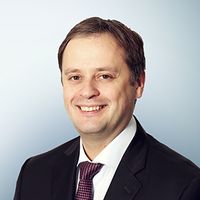 The permits are most relevant in arbitrations of so-called corporate disputes in respect of Russian companies (which include post-M&A disputes such as some types of disputes arising out of SPAs, option and pledge agreements, and arguably all disputes arising out of shareholder or joint venture agreements in respect of Russian companies). According to Russia’s arbitration legislation such disputes can only be submitted to arbitral institutions holding a permit. Thus the permit gives licensed institutions a material advantage in the market for resolving Russian post-M&A disputes.

Since the Russian arbitration reform of 2016, the M&A market has developed so-called waterfall clauses whereby the parties rank a number of arbitral institutions in order of preference, and agree that should the parties’ dispute qualify as corporate under Russian law, it will be submitted to the highest-ranking institution that holds a permit at the time. ICC, SIAC and HKIAC have been ranked in many such waterfall clauses, along with a number of other international arbitral institutions that do not have permits. The issuance of permits to these institutions will trigger many existing waterfall clauses and could result in an uptick in Russian post-M&A disputes referred to them.

The permits have their limitations. First, none of the foreign institutions holding the permits will be eligible to administer arbitration of purely domestic Russian disputes. Second, depending on the type of corporate dispute, additional requirements apply, including the requirement to apply specialized ‘corporate disputes arbitration rules’ to some categories of disputes – a requirement which no foreign institutions satisfies at the moment. Third, some categories of corporate disputes (including most disputes in respect of the corporate management and shares of Russian companies deemed ‘strategic’ under the country’s foreign investment legislation) are non-arbitrable.

The issuance of permits coincides with an increased use of the SIAC and HKIAC arbitration clauses by Russian parties, driven by the general ‘pivot’ of the Russian economy towards greater cooperation with Asian countries and also by the sanctions considerations. It is highly significant to many Russian businesses that neither Singapore nor Hong Kong introduced Russia sanctions, and generally SIAC and the HKIAC do not need EU or US sanctions licenses to administer disputes involving sanctioned entities. Although this does not insulate SIAC and HKIAC arbitration from the effect of Russia sanctions, they are less exposed to such obstacles than most Western institutions. This also reduces the risk associated with Russia’s 2020 anti-sanctions legislation, which allows Russian parties to litigate their disputes in Russian courts where foreign arbitration is hampered by sanctions.