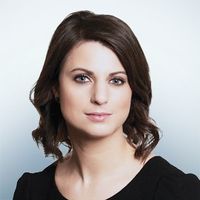 Many investment treaty arbitrations in Latin America relate to investments in the natural resources sector. This is unsurprising. Latin America and the Caribbean have around 20% of the world’s conventional oil reserves, 4% of gas reserves and major deposits of minerals. Fuels and mining products are a big part of South and Central American exports.

Given that investment treaty disputes in the natural resources sector relate to valuable underlying commodities, these arbitrations typically involve claims for damages in the hundreds of millions of dollars and can go into the billions of dollars. Where the treaty breach impacts the value of an asset, damages are usually assessed as the difference between the fair market value of the asset in an actual scenario (ie taking into account the State’s breach of the treaty) and its fair market value in a “but for” scenario (ie without the breach). Unless the applicable treaty sets out the valuation methodology to be used to assess damages, arbitral tribunals select the appropriate methodology at their discretion.

This post will look at a few issues that arise under the income-based or discounted cash flow (DCF) approach in calculating damages in arbitrations relating to the natural resources sector in Latin America.

The DCF method calculates the fair market value of an asset as the present value of the cash flows that the asset is expected to generate in the future. The DCF is the preferred valuation method when future cash flows can be assessed with a sufficient level of certainty, which is often the case for companies with a history of operations. In the natural resources sector, geological and engineering studies can increase the predictability of future cash flows. Thus, several tribunals used income-based methods to value mining projects even though they had not entered production and therefore had no history of operations at all.

DCF valuations of natural resources assets, particularly those assets located in Latin America, have certain characteristics that require careful consideration, which we discuss below.

Calculating the value, quality and size of the deposit

The value of assets in the mining and oil and gas sectors comes from their potential for economic extraction. The likelihood that this potential will be realized is assessed according to industry-accepted classifications (eg the Canadian Institute of Mining, Metallurgy and Petroleum in the mining sector).

These classifications make an important distinction between resources and reserves. Resources are estimated deposits whereas reserves are those deposits that are more likely to be recovered. The categories of resources and reserves also have several subcategories related to the degree of confidence of the existence and/or commercial recoverability of that deposit. Expert evidence is often submitted to substantiate the parties’ assessments of the size of a deposit. Parties may also present internal projections / business plans that reflect contemporaneous assessments of reserves and production estimates as well as certified assessments made by third parties.

Capital-intensive industries such as mining and oil and gas usually operate under long-term contracts. This contractual period, together with the size of the deposit, provides a limit to cash flow projections. However, parties may at times claim for damages that assume a renewal of the contract term. Some tribunals have awarded damages for the loss of opportunity to obtain an extension of the contract when it was considered likely that such a renewal would be granted. Other tribunals have rejected such claims as speculative, since the right of renewal in those cases was at the discretion of the state.

Assessing damages in investment treaty disputes relating to the natural resources sector often requires predicting commodity prices for the remaining duration of a long-term concession contract, which can extend beyond ten years. A wide variety of sources are used to forecast future prices – ranging from short-term futures contracts to long-term forecasts produced by industry analysts and government agencies. In addition, some tribunals have relied on industry forecasts covering a shorter time period which are then adjusted by inflation to forecast into the future.

The discount rate in a DCF calculation has a significant impact on the value of future cash flows and it is often highly contested in international arbitration. One parameter of the discount rate that diverges across Latin America is the country risk premium, which accounts for the political, regulatory, and macroeconomic risks to which the asset being valued may be exposed. The method and sources used in calculating the country risk premium are often debated by the parties.

There is a lot more that can be said about quantifying damages in natural resources disputes in Latin America. Noiana Marigo, co-head of Freshfield’s Latin America practice and head of international arbitration in the Americas delves into the issues in significantly more detail in a recently published a book chapter on this topic.