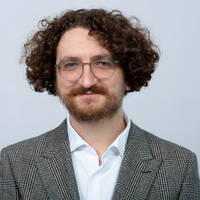 Complying with an information notice from the UK's HMRC can be a delicate balancing act. After having spent weeks in informal conversations, the issuance of a formal notice under Schedule 36 of the Finance Act 2008 can feel quite daunting. A shift in the atmosphere takes place: what was once a more relaxed dialogue with HMRC is now a formal exchange. An enforceable legal obligation to comply with their requests arises, and the clock for compliance starts ticking…

Schedule 36 provides HMRC with an arsenal of tools to obtain the documents and information they (reasonably) require in order to check the tax position of a taxpayer. Different types of notices can be issued to a variety of recipients (e.g., to the taxpayer itself, a third-party holder of the taxpayer’s documents, or, more specifically, a financial institution). However, there is one restriction (among others) which applies to them all: the recipient of a notice is only obliged to disclose documents that are within their “possession or power”. Do not be fooled by this formula’s apparent simplicity – there is more to it than meets the eye. Before disclosing any documents to HMRC, one must properly understand the threshold of compliance required by the legislation and carefully assess what does and does not fall within it.

What does “possession” mean?

The “possession” component of the requirement is straightforward. If you physically hold a document, it is most definitely within your “possession”.

What does “power” mean?

In a Schedule 36 context, “power” is currently interpreted to include both legal power (i.e., power that derives from a legal relationship or entitlement) and de facto power (i.e., the pragmatic ability to obtain the documents). However, this was not always the case. A brief journey through the relevant case law shows how throughout the course of the past decades the meaning of this term has been strengthened and expanded for the tax context, gradually raising the bar of what is required to prove that the requested documents are not within one’s “power”.

One Call – nothing new under the sun…

The journey summarised above finds its latest stop in the recently decided case of One Call Insurance Services Limited v HMRC [2022] UKFTT 184 (TC). There is no need to set the facts out in detail; similarly to some of the cases set out above, this case concerns the use of a remuneration trust (although by a corporate entity in this instance). Faced with an information notice, One Call sent a single letter to the trustee seeking disclosure of the documents. No attempt was made to follow up with the trustee, nor with any other entity which could have potentially stored the relevant documents. Nonetheless, One Call argued that the documents were not within their “power”.

By examining the relationship between One Call and the other parties involved in the remuneration trust, the FTT concluded that the documents were, prima facie, within One Call’s “power” due to a number of factors:

In the end, One Call’s (minimal) approach to compliance was not deemed enough to discharge the burden of proof, meaning that One Call failed to show that the documents were not within their “power”.

Despite presenting as a fairly standard Schedule 36 case, what has made One Call the subject of interest among legal commentators is the following statement from Judge Tracey Bowler: “My conclusion should make clear that the law requires serious efforts to be made to obtain the documents”. Speculation ensued as to whether there is a difference between making a “serious attempt” (this being the wording deployed by the FTT in Patel) and “serious efforts”, with the latter formulation potentially raising the bar higher than Patel had previously done.

At the moment, it is difficult to see how One Call sets a higher standard. It remains, for now, a non-binding FTT decision bearing the standard hallmarks of a Schedule 36 case. The test applied by the FTT is the same as that crystallised by the UT in Mattu; nothing more, nothing less. However, what the judgment does confirm is that the FTT will want to see a meaningful engagement with the task of retrieving the documents, rather than a superficial, tick-box approach. The interesting aspect of the case lies not in the potential exegesis of Judge Bowler’s concluding comment, but rather in how HMRC was able to successfully establish a prima facie argument that the documents were within One Call’s “power” and how One Call ultimately failed to rebut such argument.

What does it all mean in practice?

“The sum of all I can, I have disclosed” utters a messenger in Richard III. A tax analysis of Shakespeare’s works is (regrettably) beyond the scope of this article. However, the goal for a recipient of a Schedule 36 notice is to be able to comfortably echo that messenger’s words. To do so, the key is to understand what the current law means by “all I can”.

So long as a given document is (i) within your physical possession, or (ii) a document which you can feasibly obtain from another person (whether pursuant to a legal power or simple practical ability), then it is within your “possession or power”. Moreover, if none of the other restrictions contained within Schedule 36 can come to your rescue, you will be under a legal obligation to disclose that document to HMRC – non-compliance will lead to penalties being incurred. Of course, there will also be a question of whether the documents you have retrieved (or have the “power” to retrieve) fall within the scope of the notice. Depending on the specific fact pattern at hand, that separate exercise can be complex and it may be advisable to seek expert legal input.

A final note is that you may not be able to appeal a Schedule 36 notice. So called “financial institution notices” and notices issued with the approval of the FTT, do not carry a right to appeal (although penalties charged in their respect can still be appealed). For such notices, understanding exactly what falls within your “possession or power” is even more critical (as no representations can be made before the FTT to question the validity of the notice itself).

It is advisable to seek legal counsel to understand how best to comply with a Schedule 36 notice. Issues to consider when disclosing information and documents to tax authorities in the context of tax investigations/audits are included in our Contentious Tax Tool. This tool helps businesses navigate risks arising on tax-related disputes and investigations by operating as a checklist to consult both when a tax dispute is on the horizon or a new issue arises in an ongoing dispute.

If you would like to discuss any of the points raised in this blog post in further detail, or for further details about and to request access to our Contentious Tax Tool, please contact our tax investigations and disputes team or your usual Freshfields contact.