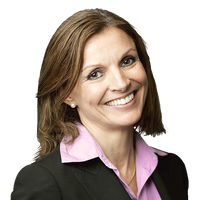 The volume and significance of collective and class actions is rising throughout the world. This has been driven to date by increased scrutiny of corporate behaviours and the widespread collection of personal data of customers, consumers and employees which can increase the risk of misuse. To date collective claims in England and Wales have largely been focussed on actions for damages by consumers.

However, the risk of collective or class actions in the workplace is increasingly driven by the focus on internal corporate culture and how workers and employees are treated. If groups of workers have all been treated in a similar way, then there is real potential for a collective claim. Focus on the conduct of employers has increased during the pandemic as health and safety issues, redundancy procedures and the application of furlough to thousands of employees have attracted heightened attention from stakeholders including shareholders, the government and the media. This attention can be used by the workforce to leverage its position before or during a collective legal claim.

The wider availability and influence of litigation funding businesses prepared to fund group litigation where potential rewards are high will facilitate group workforce claims. In the employment field trade unions may have traditionally funded and sponsored legal action on behalf of their members. More recently, claimant firms have encouraged workers to sign up and subscribe to claims whilst working with litigation funders and unions to put in place innovative funding arrangements. So in areas such as equal pay, worker status, collective redundancies, minimum wage, bonus payments, working time and holiday pay employers are at risk of highly costly, sensitive and reputationally damaging group employment claims.

In England and Wales, in other areas such as competition, there is a clear procedure for class actions under the Consumer Rights Act 2015 and in the High Court there is a mechanism for group litigation orders and representative actions under CPR19. In the employment tribunal there is no such mechanism (as yet) but this does not prevent group workforce claims being launched in the employment tribunals using the existing case management powers available. Under existing case management powers individual workers may bring a claim as a 'joint action' where either multiple claimants are joined as parties to a claim or one claim is taken as a 'test case'. In the test case scenario standstill agreements may be put in place for other claimants suspending the running of limitation periods for those claims until the test case is determined.

So in any circumstance where there is a shared basis for a claim on the facts, employees or workers may group together to bring a claim against a company on a 'no win, no fee' arrangement and on the basis of generous third party funding. In the current climate where many people have lost their job or have a reduced income due to the pandemic, there will undoubtedly be disenfranchised workers prepared to group together to sue their employer. Prevention is better than cure so an employer taking any action which will impact large numbers of employees should carefully take advice and follow due HR process to reduce the risk of group employment claims. The end of the pandemic may well see a raft of group employment claims being launched against those employers who have failed to protect against this risk. WorkLife 2.0: Covid-19 in the UK employment tribunal: what to expect in the year ahead
David Mendel, Amy Rentell, Maggie Lin