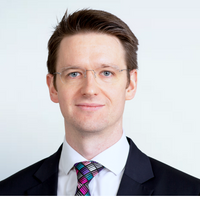 On 3 March, the FCA announced a fine and ban for a market making trader who carried out “wash trades”. The outcome has been widely reported – mainly as it forms part of a recent pattern of FCA enforcement activity after a barren spell. See, for example, the list of recent cases in this speech from the FCA’s Mark Steward, Executive Director of Enforcement and Market Oversight, delivered less than a week before the wash trade decision was announced.

However, of arguably greater interest – and much less press focus – is quite how little it took to motivate the trader to make these trades. It is a stark reminder to firms and their compliance departments that they need to remain constantly vigilant and consistently encourage and reinforce correct behaviour amongst staff.

The trader in this case:

What sort of pressure overcame all of these elements and motivated him to act in the way he did? Well, based on the FCA’s Final Notice, not a lot.

Stifel (the trader’s firm) acted as corporate broker and financial adviser to McKay (a company listed on the LSE which was part of the FTSE All Share Index). The nature of this agreement required Stifel to perform various tasks such as market-making in McKay shares and providing share price and market information.

The trader was aware that McKay was a client of Stifel’s and (in the FCA’s words with my highlights) the “motive for executing the wash trades was to ensure that at least 13,000 McKay shares were traded each day which [the trader] believed, from conversations with colleagues, was a liquidity requirement to remain in the FTSE All Share Index. [The trader] assumed that McKay wanted to remain in that higher index for status and rating purposes.”

‘Wash trading’ involves trading where there is no change in ownership or risk and can create a false or misleading impression to other market participants as to the price, demand or supply of a security. It is clearly prohibited by the market abuse rules and the FCA’s view is that the trader knew this – there was even evidence of attempts to conceal the nature of the trading by using third party order routing.

The trader thought that by assisting McKay to remain in the FTSE All Share Index, this would benefit the relationship between Stifel and McKay. The FCA made clear in its Final Notice that the trader was not asked to execute a certain volume of shares a day and Stifel has also confirmed that no action has been taken against the firm by the FCA. It is not clear that the trader would have received any direct benefit from his actions. Apparently, the sole motivation was that the trader “considered that it would reflect badly on him within Stifel if McKay did not achieve sufficiently high trading volumes”.

So it seems that a trader with extensive experience risked his livelihood in order to benefit the relationship between his firm and one of its clients and to avoid looking bad internally. In a choice between, on the one side, his internal standing with his firm and his firm’s standing with a client and, on the other, rules intended to maintain market integrity which carried the risk of fines and a ban, he chose the former.

It all came to light when Stifel identified a wash trade, told the trader to cease trading in that manner and reported the incident to the FCA. However, not before the trader had executed 129 wash trades over a 10 month period. It seems that the trading volumes were checked by the trader every day to determine if a wash trade was needed to hit the target volume (i.e. the intention to potentially commit market abuse was ever-present across the period). On some days, the wash trades made up more than 30 per cent of the total reported volume of trading in McKay shares that day.

For compliance departments, the case is a salutary reminder that even when markets face new and interesting challenges like the Gamestop issue, getting the basics right in managing the behaviour of traders within the firm must remain a top priority.

Compliance monitoring is essential, but given how little it took to cause this trader to commit market abuse, perhaps more important is ongoing training and the encouragement of correct behaviour so that traders make the right choices when faced with countervailing pressures such as their standing internally within the firm, or the desire to help the firm in its client relationships.

Spoofing – is the UK FCA catching up with US enforcement trends?
Sharon Grennan, Daniel Newton