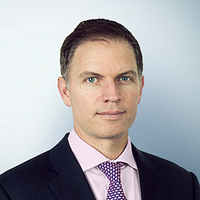 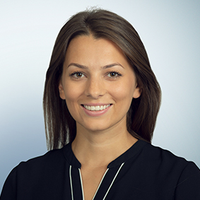 The Financial Conduct Authority (FCA) has published its finalised guidance relating to defined benefit (DB) pension transfer advice (the Guidance). The Guidance largely confirms the assessments put forward in the FCA’s guidance consultation, which was published in June last year (see our previous blogs here and here on this). Alongside the Guidance, the FCA and the Pensions Regulator (TPR) have also jointly published a guide for employers and trustees. The guide is intended to clarify what employers and trustees can do to assist members with financial matters without needing to be FCA-authorised.

Since the pension freedoms were introduced in 2015, the FCA has concluded that many firms “are struggling to give consistent, suitable advice” on DB transfers. Unsurprisingly, it remains the FCA’s view that it is in the best interests of most consumers to remain in their DB scheme. The Guidance is designed to help advisers understand the regulator’s expectations, using examples of good and poor practice, and focuses on the processes which firms need to put in place to provide appropriate DB transfer advice to pension scheme members. These processes are likely to include the way in which firms:

The documents published on Tuesday have been largely welcomed by industry experts and commentators. Ryan Markham, Partner and Head of Member Options at Hymans Robertson said that he is “pleased to see that the FCA has listened to the industry”. Further, the joint FCA and TPR guide will provide “welcome clarity” to employers and trustees over what help they can give to members in relation to their pension options, commented Steve Webb, Partner at LCP.

However, there has been concern that the regulator’s focus on DB transfers is hitting the advice market hard. Aegon and Next Wealth recently published a report which showed a continued contraction of the market as the proportion of independent financial advisers (IFAs) offering DB transfer advice dropped by nearly half to 22 per cent over the last year. The main reasons given were overall business risk and high professional indemnity insurance (PII) premiums. In its feedback statement, the FCA acknowledged that it had “underestimated the challenge” faced by IFAs to get PII cover, noting that this problem would widen the advice gap for consumers. But the FCA is hopeful that the Guidance will help the market to achieve good advice on a consistent basis, and that such improvements will eventually be reflected in PII charges.

Guy Opperman MP hopes that the FCA’s work on DB transfers, alongside contributions from other regulators, will prevent pension scammers from targeting consumers wishing to transfer, and that this will also help to solve the PII issues for IFAs. To this end, the Work and Pensions Committee recently published its report on pension scams, calling on the Department for Work and Pensions to strike a “careful balance” when developing regulations to complement the provisions of the Pension Schemes Act 2021 allowing transfers to be restricted where there are signs of a pension scam. The regulations will identify potential indicators of a pension scam which would raise either red or amber flags – red flags requiring trustees to block a transfer and amber flags allowing them to pause until appropriate guidance has been provided to the member. The regulations are expected later this year.

It remains to be seen whether the FCA’s latest input will have the desired effect, but it is clear that the regulators are walking a fine line between taking enforcement action and giving IFAs the confidence to provide high quality advice in order to make the future DB transfer market more sustainable.