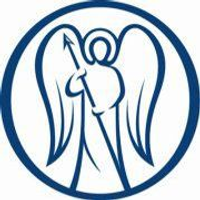 The UK Supreme Court’s recent decision in Tooth (a name which promises more than it delivers in terms of punning potential) is fundamentally about HMRC’s powers to dispute the position taken by a taxpayer in its income or corporation tax return.

The basic position following submission of a return is that HMRC have one year in which to open an enquiry (which may then lead to them amending the return). If that one-year period passes without an enquiry being opened, the taxpayer’s position is then normally regarded as settled unless HMRC can issue a ‘discovery assessment’ to correct the position. There are strict rules around the circumstances and time limits in which HMRC can raise a discovery assessment, and the Supreme Court has effectively relaxed one aspect of those rules while tightening up another.

The first and most basic condition that must be satisfied is that an HMRC officer must ‘discover’ an insufficiency in the taxpayer’s self-assessment. Here, the Supreme Court confirmed the existing position that the bar for a discovery is low: all that is required is that it ‘newly appears’ to an HMRC officer that there is an insufficiency. That can be for any reason including new factual information, a change of opinion, correction of an oversight or further legal research.

Importantly, the Supreme Court also confirmed there is no concept of HMRC having ‘collective knowledge’ for this purpose. It follows from this (and the facts of Tooth bear this out to some extent) that even where an officer at HMRC has full knowledge of the situation, has reviewed a return and taken a positive decision not to raise an enquiry or make an assessment, a different officer can review the file at a later date, reach a different decision and thereby make a discovery on which an assessment can be based.

The Supreme Court has also overruled a line of case law developed by the lower courts (which HMRC has always strenuously resisted) which required HMRC to act on any discovery within a reasonable time (before the discovery became ‘stale’) or lose the ability to raise an assessment based on that discovery. The Supreme Court decided that the statutory framework offers the taxpayer protection in the form of time limits (discussed further below) and there is no warrant for reading in a further requirement for HMRC to act expeditiously.

Taken together, these two points amount to a substantial win for HMRC; it will be very difficult now to argue that no relevant discovery has been made, and few limitations on how soon after the discovery HMRC must act. As a result, it will be hard for a taxpayer to feel entirely safe from the possibility of a discovery assessment until the applicable statutory time limits have expired. (The Supreme Court does at least hold open the possibility of a public law challenge in appropriate circumstances, for example where HMRC has acted in an irrational or abusive manner or a legitimate expectation has been breached.) While it is difficult to fault the reasoning of the Supreme Court on these points, there will be some disappointment that the decision erodes taxpayer protections in this way.

In future disputes over the validity of a discovery assessment, attention is therefore more likely to focus on the other entry conditions. One of these, which brings with it an extended time limit of twenty years to issue the assessment, is where the taxpayer’s return contains a deliberate inaccuracy. (Shorter time limits apply where there is a careless inaccuracy (six years) or an inaccuracy that is neither careless nor deliberate (four years).) It had generally been understood by advisers that a ‘deliberate’ inaccuracy required some form of fraudulent or quasi-fraudulent intent on the part of the taxpayer (thus justifying the extended time limit for discovery). The previous decision of the Court of Appeal in Tooth therefore caused some consternation.

In brief, Mr Tooth’s return contained an admitted inaccuracy (due to software restrictions an employment-related loss had been claimed on the pages dealing with partnership losses). This gave the same overall result (i.e. the loss was taken into account as a deduction from taxable income). In addition, the ‘additional information’ boxes of the return had been completed with a detailed explanation as to the nature of the loss and why it had been claimed in the way that it had (and, indeed, that it arose from a tax avoidance scheme and that HMRC were likely to dispute the availability of the loss). Read as a whole, therefore, it was clear from the return exactly what loss Mr Tooth was claiming and how it affected his tax position.

The Court of Appeal took a literal reading of the relevant legislation, holding that (i) the return did not need to be read as a whole and, in effect, parts could be ‘cherry picked’ to identify an inaccuracy, and (ii) an inaccuracy was deliberate if it resulted from an intentional action (e.g. claiming a relief in an incorrect manner). They therefore decided that Mr Tooth’s return contained a deliberate inaccuracy.

The Supreme Court has essentially restored the previous understanding of the law: a return should be read as a whole to determine whether it contains an inaccuracy (and on the facts of this case Mr Tooth’s return did not). Further, a ‘deliberate’ inaccuracy requires an intention to mislead HMRC (or possibly recklessness as to whether HMRC would be misled), and Mr Tooth’s conduct would not satisfy this requirement either. The test is not (as the Court of Appeal thought) whether there was a deliberate statement that was inaccurate but whether there was a statement that was deliberately inaccurate.

This part of the decision will be greeted with more relief than surprise – the decision of the Court of Appeal was questioned by many commentators (and had met with a marked lack of enthusiasm in the lower courts) – but it is certainly welcome that the situation has been clarified so quickly.