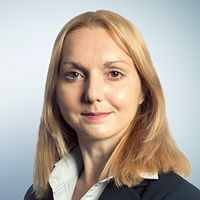 The FCA has published a “Dear CEO” letter to retail banks on common control failings in AML frameworks (see here). The letter was sent on 22 May 2021 and published recently in anticipation of the FCA’s 2021 Annual Business Plan.  The FCA have confirmed that its Fraud Strategy is a priority area across all markets (see chapter 5). The FCA indicated that they aim to drive down fraud by carrying out proactive surveillance and monitoring and working closely with other anti-fraud partners to maximise its collective fight against fraud; with consumer protection and preventing online harm featuring as particular areas of focus.

The letter warns that the FCA believes “action [is] needed” following its review work on AML systems and controls at UK retail banks and sets out the common themes the FCA has identified. The issues summarised in the letter reflect the main areas where, in the FCA’s view, some firms have fallen short of the requirements set out in SYSC 6.3, Money Laundering Regulations (MLRs), and the provisions of the Joint guidance on money laundering and terrorist financing.

The areas in which the FCA considered that weaknesses existed included governance and oversight, risk assessments, due diligence, transaction monitoring and suspicious activity reporting (SARs). For all of these areas, the FCA felt that failure to document processes and decisions was a consistent problem. Further observations the FCA made included:

The firms who received the letter are expected to complete a gap analysis against each of the common weaknesses outlined in the letter by 17 September 2021, taking prompt and reasonable steps to close any gaps identified and demonstrate compliance to the FCA.

The FCA said banks and their senior management should carefully consider the letter and take the necessary steps to gain assurance that their financial crime systems and controls are commensurate with the risk profile of the firm and meet the requirements of the MLRs. Financial institutions need to ensure they do not simply adopt a tick-box exercise in complying with operational requirements and fully understand the processes, even when outsourced to third party vendors.

The emphasis of the letter on the responsibility of senior managers means that those at the top of organisations need to exercise sufficient oversight over and have appropriate understanding of their firm’s AML controls. The FCA warns that the SCMR places a responsibility on “all senior management to counter the risk” and “we will continue to consider carefully whether the relevant SMF holders have carried out their responsibilities appropriately”.

In short, AML will be a focus area for the financial services sector as regulators continue the trend of exercising additional oversight and scrutiny of financial crime controls. The FCA Business Plan confirms preventing fraud by monitoring and surveillance remains of significant importance to the regulator.

A summary version of this blog was published by UK Finance here, and featured in the Members’ News in Brief.