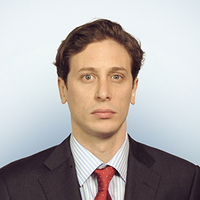 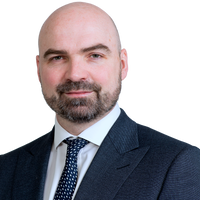 Under the current procurement rules, parties can be excluded from bidding for public contracts on the basis of their past conduct. For example, a bidder must be excluded if it has been convicted of certain crimes, such as corruption offences. On 6 December 2021, the UK Government published its response to the consultation on its Green Paper “Transforming Public Procurement”, including how it intends to modify the current exclusion regime in the wake of Brexit (you can read our initial blog post here).

This post takes a closer look at the Government’s proposals in this area, which should be of significant interest to those who routinely contract with public bodies – particularly in light of recent press suggesting that the Government is becoming more willing to exclude scandal-hit suppliers. Moreover, the growing concerns around fraudulent PPE transactions during the COVID-19 pandemic have the potential to bring this area into even sharper focus over the coming months.

In response to feedback that the current exclusion rules are unclear in terms of scope, application and procedure, the Government has promised to introduce a “new exclusion framework”. However, from the limited information available in the consultation response, this new framework feels more like a welcome refinement of the well-established existing rules, rather than a fundamental change in approach.

The new framework will continue to be based on mandatory and discretionary grounds of exclusion, though the grounds themselves will be supplemented. For example, there will be a new ground of mandatory exclusion for failure to disclose beneficial ownership, and the limitation on exclusion for fraud offences where this relates to EU institutions only will be removed.

One area of potential difficulty concerns the time limit during which a bidder may be excluded for past conduct that could lead to discretionary exclusion. In particular, the time period of five years (increased from the current three-year period) will run from the point at which “the authority knew or ought to have known about the relevant event or misconduct or, if later, the date of a subsequent conviction or ruling”, replacing the “date of the relevant event” trigger under the current rules. It is by no means clear that any contracting authority “ought to have known” about certain grounds for discretionary exclusion that have not been publicised, for example poor performance of an earlier public contract, arguably meaning that the risk of exclusion could extend indefinitely. It is to be hoped that this will be clarified in the final legislation.

DPAs will not in themselves be a ground for discretionary exclusion

A significant debate has arisen around whether the fact that a bidder has entered into a Deferred Prosecution Agreement should, in itself, constitute grounds for discretionary exclusion. Despite the large majority of respondents being supportive of this measure, the Government decided against it, having been persuaded both that the commitments bidders will have made as part of the DPA will usually amount to evidence of self-cleaning and that an exclusion ground for DPAs could have the unintended effect of dissuading bidders from entering into such agreements, one effect of which is to resolve misconduct that could otherwise require significant public expenditure, and take far longer, to address.

The preferred course is that contracting authorities should consider both the misconduct underlying the DPA, and the commitments made thereunder, in considering whether any discretionary grounds of exclusion should apply / whether the self-cleaning exemption is available. One of the drivers for the compliance remediation that tends to feature in the terms of DPAs is to ensure that similar misconduct could not take place again, and so to that extent there is alignment between the policy objectives of the self-cleaning exemption and DPAs. It is also true that even in a DPA situation, there is no restriction on a public authority requiring additional evidence of self-cleaning than the DPA provides for.

The new framework will allow a “Minister of the Crown” to add potential bidders to a centrally managed debarment list if they have been excluded during a procurement procedure (or in some cases by referral). If the ground for exclusion is mandatory, all other contracting authorities must exclude a bidder appearing on the list. This stands to reason, since the mandatory grounds will be defined by reference to certain criminal offences. The more difficult situation is where the ground for exclusion is discretionary, in which case other contracting authorities will retain their discretion as to exclusion. Therefore, while the debarment list could certainly be helpful in enabling the sharing of information about past conduct, and minimising duplication of effort, it is hard to see how it would guarantee the Government’s stated aim of achieving more consistent decision making between contracting authorities based on the same evidence.

In light of concerns around due process, a Procurement Review Unit will be responsible for investigation and making recommendations for additions to the list, which bidders will be entitled to appeal to the court. Bidders will also be entitled to apply for early removal if they can evidence self-cleaning.

Resetting the bar on exclusion for past performance

The new framework will broaden the circumstances in which poor past performance can lead to discretionary exclusion, which currently requires such performance to have resulted in termination, damages, or other comparable sanction. In addition to these circumstances, a bidder will now also be subject to discretionary exclusion if it has entered into a settlement as a result of poor performance or breach of contract or has failed to remedy poor performance in line with the applicable contractual measures. However, the Government has emphasised that exclusion for past performance is relevant only where the performance was so poor as to risk the delivery of future contracts.

This measure will be supported by a Contract Performance Register, to make available information about past performance, although the precise scope of this remains unclear.

Recent reports from the Government Commercial Function indicate that a bill will be introduced into Parliament “when the time allows”, with the new regime being in place by 2023 at the earliest. While the outline proposals in the Government’s response are welcome, it remains to be seen whether the detailed implementation will ultimately meet the brief and deliver a clearer, fairer and more efficacious system.