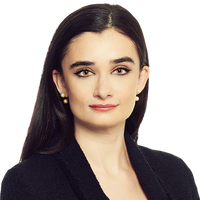 In 2021, Congresswoman Margarete Coelho (Progressive Party) introduced a bill seeking to reform the current Brazilian Arbitration Law, especially the provisions addressing the appointment of arbitrators and confidentiality of the proceedings. The bill was referred to the Congressional Committee of Constitution and Justice for analysis. However, a group of seven Congressional Representatives filed a request for urgency so the bill would reach the floor of the House of Representatives for a final vote without the prior analysis of the relevant Congressional Committees. The request for urgency has not yet been approved.

The current version of the bill adds a requirement for individuals to serve as arbitrators: they must have availability. To that end:

The authors of the bill argued that efficiency is an intrinsic characteristic of arbitration. However, the authors argued that the existence of a “country club” of arbitrators in Brazil, i.e., the practice of nominating the same arbitrator for a considerable number of proceedings, has caused an increase in the average duration of arbitration proceedings. This, in turn, boosted the number of annulment proceedings before domestic courts. The bill seeks to address this issue by limiting the number of arbitrations in which a single individual may act. The bill also allows parties to accurately assess whether the arbitrator has, in fact, availability to adjudicate their dispute.

Furthermore, this proposal prohibits members of the secretariat or executive board of arbitration chambers to serve as arbitrators in any proceedings administered by that body or as counsel of any of the parties. The authors expressed concern with potential conflicts of interest arising out of concurrent exercise of these roles.

Finally, the bill also limits the confidentiality of the proceedings, requiring arbitral institutions:

The authors contend that publicizing the composition of the tribunal will prevent the issue flagged above, namely identical arbitral tribunals adjudicating different disputes. Additionally, publishing arbitral awards and annulment decisions will supposedly help create an arbitral jurisprudence. This would increase legal certainty and cohesion of decisions, reducing the risk of different tribunals deciding identical claims in diametrically opposed directions. Finally, the threat of disclosure of the case files will discourage parties from filing frivolous annulment requests before domestic courts.

The proposal has been vehemently criticized by arbitration practitioners. Some argue that the provisions addressing the availability of arbitrators unduly interfere with the autonomy of the parties in determining the structure of the tribunal and selecting its members. Additionally, limiting the confidentiality of the proceedings may discourage private entities from choosing arbitration as an alternative dispute resolution method, since this is one of the main advantages it offers in comparison with court proceedings. Finally, scholars have pointed out that adopting this bill could hinder Brazil’s request to join OECD. The new arbitration rules could be classified as non-tariff barriers to international commerce since they increase the cost of doing business in Brazil. Furthermore, limiting the number of arbitration proceedings a single arbitrator may take on could be classified as a restriction on free enterprise. Currently, none of the members of OECD impose similar limitations on arbitration proceedings.