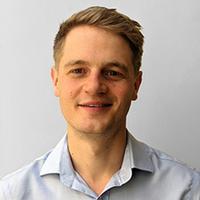 The High Court has dismissed a challenge to the government's decision to make changes to the calculation method of the retail prices index (RPI) that will align it with the consumer prices index including occupiers' housing costs (CPIH).

As we discussed in our previous blog, the trustees (Trustees) of some of the UK's largest defined benefit (DB) pension schemes - BT, Ford and Marks and Spencer - sought judicial review of the decision by the UK Statistics Authority (UKSA) to incorporate the methods and data sources of the CPIH index into the RPI from 2030. The anticipated 1% reduction in the RPI from 2030 onwards, affecting future interest payments to holders of RPI-linked gilts, is said in the Court’s judgment to have resulted in the value of those gilts falling by around £90 billion - £100 billion.

The unsuccessful grounds of judicial review

All three grounds of the Trustees’ challenge were rejected by the Court:

The Court also rejected a claim in relation to the cessation clause in new-style gilts - regarding whether a process for designating an alternative index and potentially compensating gilt-holders was triggered by the reforms - by explaining that such clauses would not be triggered because the RPI will continue to be published when the RPI change is implemented.

Significance of the judgment

Invariably the impact of the judgment will be scheme specific. Sponsoring employers of some schemes whose rules require the use of the RPI for pension increases may welcome the judgment, as the planned changes are expected to reduce those schemes’ indexation liabilities over the longer term. However, for those schemes which have invested heavily in RPI-linked gilts or bonds, or which have otherwise hedged their liabilities by reference to the RPI, the judgment is likely to have a significant detrimental impact on those schemes’ funding positions, in turn adding pressure on scheme sponsors. The negative impact on individual members will also in many cases be significant, resulting in lower pension payments and lower transfer values.

With the planned RPI changes due to take effect from 2030, the High Court’s ruling means that both DB pension scheme trustees and sponsors will need to carefully consider their scheme’s investment portfolios, the impact of the judgment on the particular asset profile of their scheme, and how this will impact their scheme’s long term de-risking strategy. While scheme trustees are responsible for managing the scheme’s investments, sponsors should also consider taking a proactive role in de-risking planning in response to the judgment. For example, it may be advantageous to consider accelerating any planned move to buyout so that this is achieved before the changes to the calculation of the RPI come into effect from 2030.