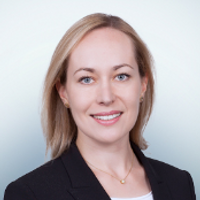 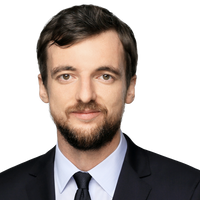 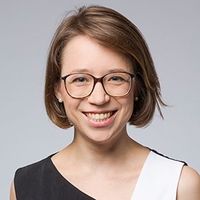 This year has seen the European Commission propose various changes to the way certain ‘obliged entities’ are supervised. For example, the Commission is proposing that 'significant' issuers of stablecoins and e-money be overseen by the European Banking Authority (EBA) while the Digital Operational Resilience Act shall introduce the ‘lead overseer’ concept for third-party service providers of critical information and communications technology.

More recently, on 20 July, the Commission released a legislative package that proposes the creation of a new EU-wide anti-money laundering authority (AMLA).

A supervisor – and investigator

Under the proposed regulation, AMLA will:

Even though the scope of the draft legislation is limited to AML/CFT, it is closely related to a wider body of legislation affecting the financial services sector, such as the directives on payment services, payment accounts and electronic money. As a result, AMLA will also work with other national supervisory authorities and EU-wide agencies like the EU Agency for Law Enforcement Cooperation (Europol), the European Anti-Fraud Office (OLAF), the European Public Prosecutor’s Office and the Single Supervisory Mechanism (SSM).

AMLA is supposed to have a staff of 250 and a budget of €45.6m, of which approximately 75 per cent is expected to come from obliged entities’ fees and the rest from the EU budget. To give these figures some context, the EBA has a staff of 208 – of which 13 spend all their time on AML matters – and 60 per cent of its roughly €50m budget comes from national supervisory authorities and the rest from the EU budget. While EBA resources for AML/CFT have increased over recent years, AMLA represents a major increase in resources dedicated to AML supervision.

AMLA will directly supervise a selection of financial institutions that operate cross-border, with the selection based on a periodic risk-assessment mechanism. In addition, AMLA may take over from national supervisory authorities the supervision of any financial institution it believes is breaching AML/CFT rules and those breaches are not being properly dealt with.

The details of the selection process, AMLA’s direct supervisory powers and co-operation with national supervisory authorities are explained in Articles 12 to 27 of the proposal. AMLA will not start selecting obliged entities for direct supervision until July 2025 – and only then after the risk-assessment methodology has been approved.

The draft regulation needs to pass through the EU legislative process, including a review by the European Parliament and member states. Among the various points of discussion between these co-legislators will likely be the interaction between AMLA and national supervisory authorities, its funding, the criteria for selecting obliged entities for direct supervision and AMLA’s location. (Several countries, such as Italy, France and Germany, have expressed an interest in hosting AMLA.)

It will be between 18 and 24 months before we have a final text of the regulation. AMLA will be established in 2023, fully operational in 2024 and commence direct supervision in 2026. We will stay close to developments and provide updates when appropriate.

Setting up single EU-wide supervisory bodies that attempt to harmonise the various practices and procedures of national authorities is always a challenge. However, the SSM offers a good model and shows that such ambitious projects can work.

In the meantime, EU authorities continue to shape the AML landscape. For example, the EBA recently launched a public consultation on new guidelines on the role, tasks and responsibilities of AML/CFT compliance officers, and wider group-level AML governance set-up. The deadline for the submission of comments is 2 November 2021.

If you would like to discuss the Commission’s AMLA proposals in more detail, please get in touch with our regulatory (Alexander Glos, Janina Heinz and Marius Raetz) and corporate compliance (Daniel Travers and Marcel Michaelis) teams. You can also reach out to Natalie Pettinger Kearney or Victor Garcia Lopez in our EU regulatory and public affairs team, who are following the legislative process closely.